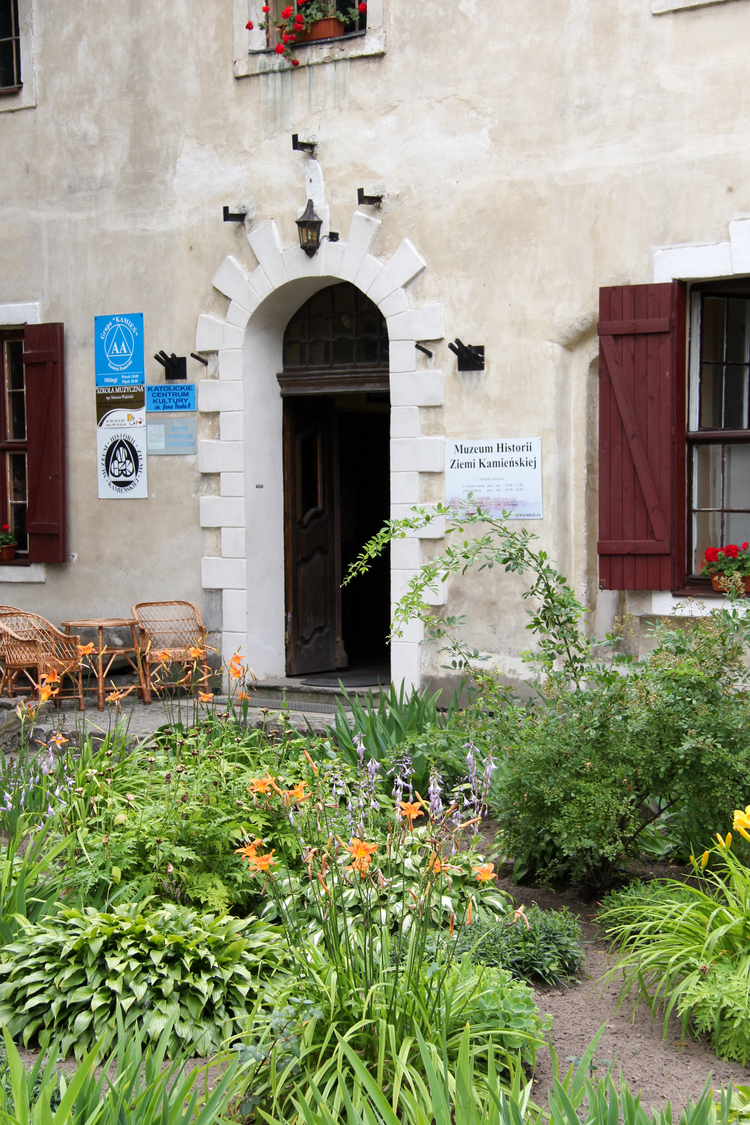 The Kamień Land History Museum was founded in 2006 due to the initiative of archaeologist Grzegorz Kurka and the Association of the Kamień Land Enthusiasts. The museum is housed in the rooms of the chapter house of the Cathedral in Kamień and in the Bishop's Palace. The idea of ​​a museum was born in 2004 during cataloguing of the collections stored in the attic of the cathedral cloister. Then they found a large number of monuments. The large part had never been exhibited, so it was decided to do so.

Among the museum exhibits there are, among others, 4 Neolithic axes , 1 flint axe, a flint sickle of the Funnel Beaker Culture, a flint scraper from the 6th/5th century BC, a clay cup of the Lusatian culture, ash urns, a vessel of the Bombentopf type from the thirteenth century, a medieval bone case for a sickle, fragments of early medieval vessels , pieces of imported stoneware ceramics, fragments of oak boat - a dugout from the 5th/6th century AD, stained glass, fossils of fish from the Palaeozoic era and of shells of ammonites from the Mesozoic era, rocks, minerals, animal bones, an antler base of a bison with visible cuts on the surface, a tortoiseshell, a jaw of a hippopotamus, a sword of a sawfish, a medieval horseshoe with crampons used for horse riding on wetlands, iron cannonballs, a fragment of a medieval sword, a fragment of a stone epitaph found in 1873 in the former monastery.

In addition to the above-mentioned monuments, the exhibits displayed for many years in the Cathedral Treasury have also been placed in the museum. These include, among others, an enamel tile with a portrait of Duke Barnim XI and Frederician tiles from the mid-eighteenth century.

The museum's collections are also presented in the Bishop's Palace. There You can see two photographic exhibitions: 'The history written on slides - Adolf Bartelt, a photographer from Kamień' and 'The town retained in the frame. Kamień Pomorski in Stanisław Kolasiński's photography'.

In addition to the permanent exhibition of religious and archaeological monuments, the museum opens a new temporary exhibition from time to time. Temporary exhibitions are devoted to the history of Kamień Pomorski by displaying, among other things, photos provided by residents, or to important jubilees like he International Festival of Organ and Chamber Music Jubilee in Kamień Pomorski, or to the works of local artists.

The creators of the museum hope that the activity of the Kamień Land History Museum will contribute to the reactivation of the Regional Museum in Kamień Pomorski.

More info: www.mhzk.eu
Cennik
More on the topic:
Geolocation
Search nearby
The Kamień Land History Museum
COMMENTS
Sign in to leave a comment.