The City Park
The City Park was created at the end of the 19th and the beginning of the 20th century. It stretches along the northern shore of Trzesiecko Lake, a...
29-04-2015 ·
The Natural Science Museum of the Wolin National Park
Home / Discover / Pomorze heritage / Museums 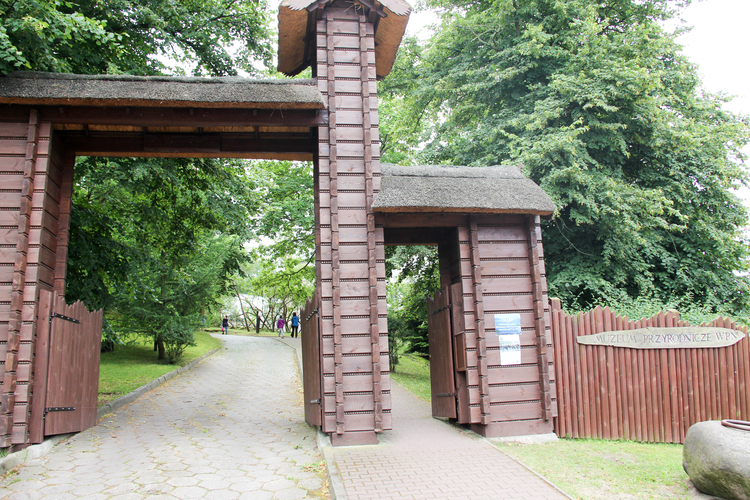 The Natural Science Museum of the Wolin National Park is located in the centre of Międzyzdroje, by regional road no 102, more precisely in the section where Niepodległości Street crosses Marii Dąbrowskiej and Góra Filaretów Streets. The museum can be reached from a railway station in Międzyzdroje along Kolejowa Street, the distance amounts to 800 m only. A large garden, within which the museum is located, is situated on a hill and can be seen from a distance.

The Professor Adam Wodziczko Natural Science Museum of the Wolin National Park was established in 1962. It was located in a historic white mansion from the 19th century. In 1995, the museum was moved to a modern building with the area of 900 m2. The museum presents the collections of fauna and flora occurring within the area of the Wolin National Park.

In 1960, the Scientific Council of the Wolin National Park decided that it was necessary to establish the Natural Science Museum. First exhibits were collected and the first natural science exhibition was opened in 1961. It was very well received; more than 3,500 people visited the exhibition. In 1962, the exhibition was transformed into the Natural Science Museum, where several new exhibitions were presented. A 100% increase in turnout was recorded. The museum was reinforced with new specimens of animals and plants; the constantly expanded collection enjoyed great popularity and in the late 1970s, the museum was annually visited by about 100,000 people. In the 1990s, the museum encompassed the entire building with the area of 350 m2, and presented its collections in 8 rooms. In 1995, the museum was moved to a modern building.

The museum exhibition consists of 5 exhibition rooms. The permanent exhibitions show the beauty and uniqueness of the nature of the Park and the richness of fauna and flora. They include birds of the regressive delta of the Świna River, forest mammal’s representative of the fauna of the Wolin Island, and animals of water ecosystems of the Park. In museum, visitors can learn the geological make-up of the island and get to know the history of Baltic amber. Large dioramas presenting landscape characteristic of the Park, such as the shore of the Szczecin Lagoon, seaside cliffs in various seasons, and wisents are worth seeing. The dioramas show dozens of water bird species, such as cormorants, goldeneyes, swans, kingfishers, and grebes. The most precious collections include the largest Polish collection of ruff in mating colours, which amounts to about 130 specimens, a specimen of macaroni penguin, a diorama of European sea eagle with nestlings, grey seals, wisents, and forest mammals.

A characteristic symbol of the Wolin National Park is European sea eagle. Next to the museum, we can see a couple of these magnificent predatory birds. Apart from sea eagles, we can also see eagle owl – the largest owl of Poland. This open air exhibition is one of the largest attractions of Międzyzdroje.

The museum has two modern conference rooms in which nature movies are displayed for the inhabitants of the town and for tourists in the summer.

In the former building of the museum, there is the Stare Muzeum Gallery set up in 2005. The gallery presents exhibitions on various topics, mainly connected with biological and historical education and artistic activity – photography, painting, drawing, sculpture, and music.

The building is fully adapted for the disabled.

Geolocation
Search nearby
The Natural Science Museum of the Wolin National Park
COMMENTS
Sign in to leave a comment.