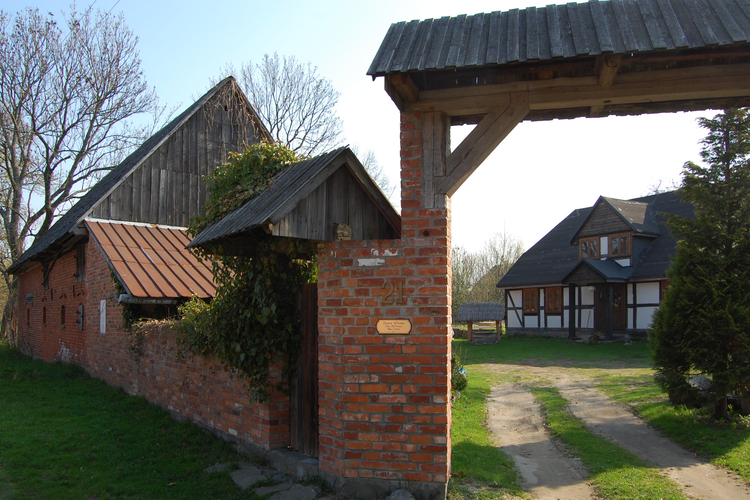 The End of the World Village is located in Iwięcino village, in Sianów Municipality. It is situated 15 km from Koszalin, by the regional road No. 203, between Koszalin and Darłowo.

The End of the World Village is one of the theme villages which were creates as part of a project whose main aim was to invigorate the village and to integrate the local community around one theme. In Iwięcin, the main motif came from the famous painting which can be found on the ceiling of the local, medieval church. The painting portrays “The Last Judgment”. The vision of the end of the world presented in that church, is one of the most interesting, and the most vivid ones that can be found in Pomerania. It inspired the citizens to create numerous works connected with their reflections on the final matters.

The village has attractions both for individual guests and for organised groups, especially school groups. The program covers: trips organised by the citizens during which numerous educational classes are organised, e.g. astronomy classes, art workshops with the use of natural materials, sightseeing tours of the church (which is a part of the Pomeranian Cistercian Trail). Cistercian fairs are organised periodically in the village.

Geolocation
Search nearby
Wioska Końca Świata [The End of the World Village]
COMMENTS
Sign in to leave a comment.