The Polish Arms Museum
The centre is within the paid parking zone and the network of one-way streets. Getting to the area of ​​interest by E. Gierczak Street is only poss...
04-07-2015 ·
Pałacyk Cebulowy [Onion Palace]
Home / Discover / Pomorze heritage / Palaces and manor houses 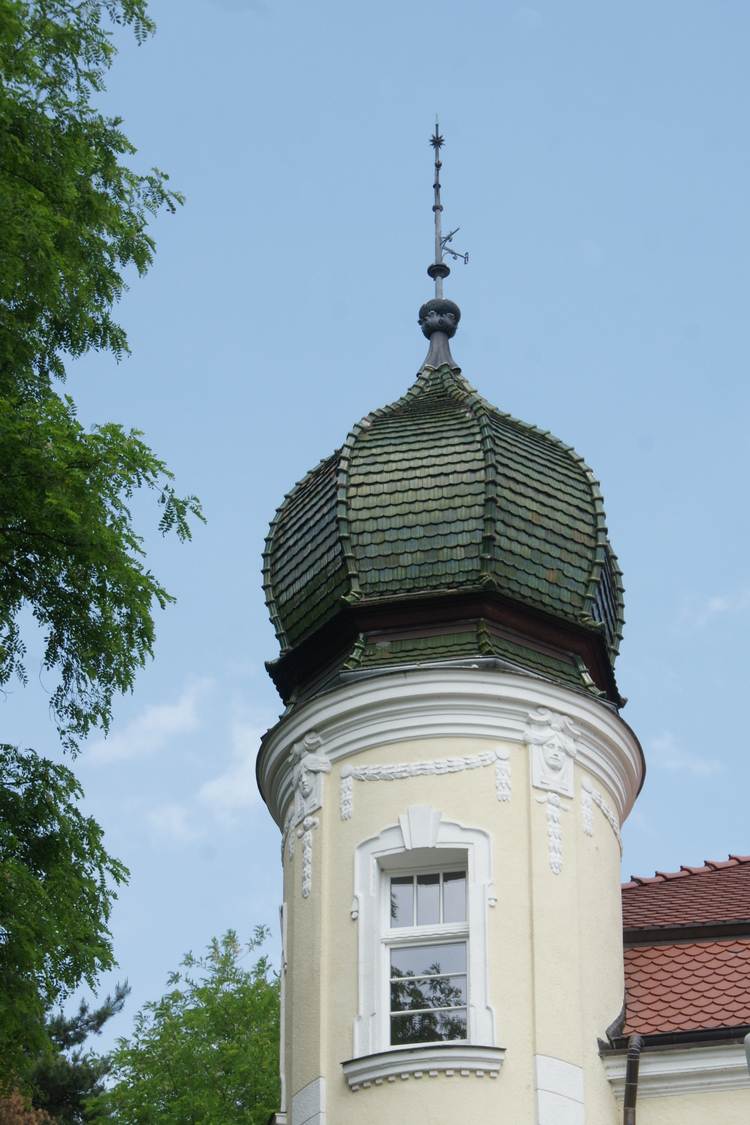 Palacyk Cebulowy takes its name [Polish Pałacyk Cebulowy - Onion Palace] from the characteristic towers, topped with onion-shaped cupolas. The villa was built in 1908 on a hill from which a picturesque view of Lake Barlineckie could be admired. The palace appears under the name of Villa Duelfer in the preserved documents. It is a one-storey building with an attic. It was built on a rectangular plan, which is broken by the porches-balconies added on the sides. The already mentioned circular towers, covered with onion-shaped domes and plated with green sheets of metal, draw one's attention. Subsequently, what else is noticeable is a dormer, set in the central position, decorated with pilasters, which is also the entrance to the balcony ejected before the fronton. Pre-war history of the palace is not known. After the war, it was a school at the beginning, later - a clinic, troop command and dwelling place. The building was renovated a few years ago. Currently, it is privately owned, and therefore access to the interior of the villa is limited. The property is accessible from the outside and is very well visible from Strzelecka Street.
More on the topic:
Geolocation
Search nearby
Pałacyk Cebulowy [Onion Palace]
COMMENTS
Sign in to leave a comment.