ŚWINOUJŚCIE ‘Basen Północny’ – The North Dock
This is the largest marina in Western Pomerania. It is a good shelter for those returning from the sea, and the harbour point for those who choose...
20-05-2015 ·
The hydroelectric power station
Trzebiatów
Home / Discover / Pomorze heritage / Technology and engineering monuments 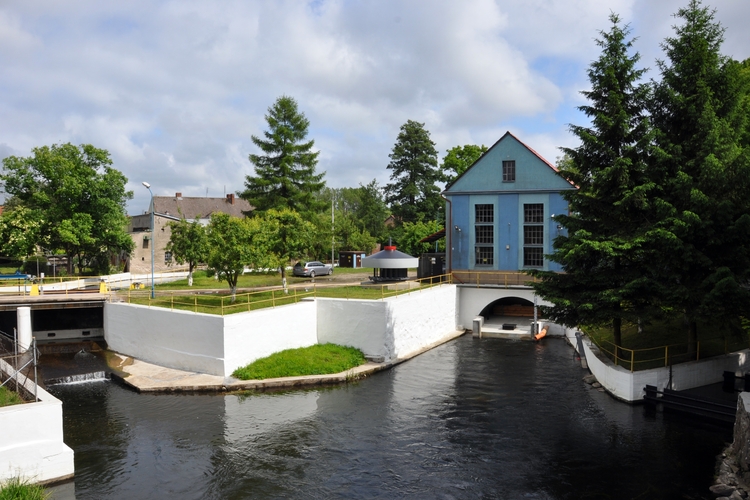 The hydroelectric power station in Trzebiatów is located in the town centre, to the northeast of the market square. The power station is clearly visible from the bridge on the Młynówka (Mostowa Street).

The station was built on the Młynówka, which is the side outlet of the river Rega, between 1926 and 1927. It has been preserved nearly unchanged to this day. It is equipped with a Francis turbine with a generating capacity of 155 kW. The power station can annually produce an average energy of 900 MWh. Currently, it is called the Hydroelectric Power Station Trzebiatów I. The powerhouse is not available to the public because it is constantly used. Painted blue, the station looks best from the bridge on the Młynówka and from the path parallel to Śluzowa Street.