ŚWINOUJŚCIE ‘Basen Północny’ – The North Dock
This is the largest marina in Western Pomerania. It is a good shelter for those returning from the sea, and the harbour point for those who choose...
20-05-2015 ·
The paper factory
Szczecin
Home / Discover / Pomorze heritage / Technology and engineering monuments 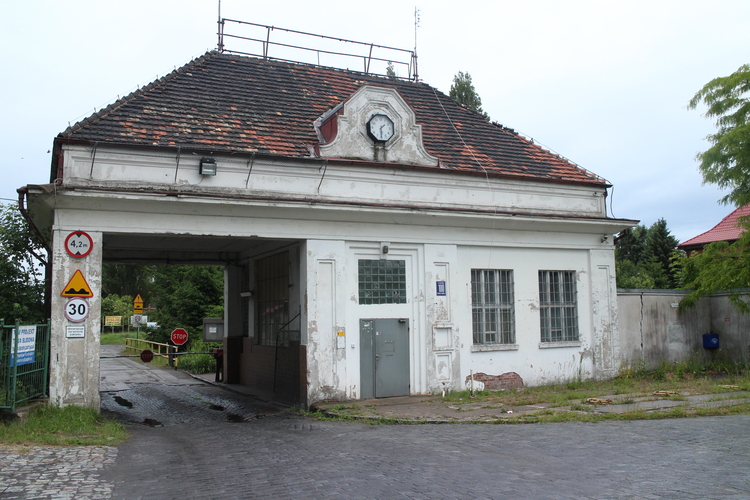 The paper factory in Szczecin is located at street Stołczyńska Street in the district of Skolwin in the northern part of the town. It occupies a surface of about 375 000 m2 on the shores of Lake Dąbie. There is the nearby Skolwin Dworzec stop where buses stop.

The construction of the paper factory, which started in 1886, in the then district of Scholwin, ended finally in 1914. The newly constructed buildings became the property of Feldmuehle, a company established in 1885 in Dusseldorf, the factory was named Feldmuehle, Paper-und Zellstoffwerke Aktiengesellschaft (Paper and Cellulose Joint Stock Company). The plant in Skolwin was modernly equipped and had an internal railway connection, own quay with a length of 638 metres, as well as side channel of a length of 263 metres and a width of 18 metres (existing to this day). As the name suggests, paper and cellulose were produced there. The factory was occupied by the Russians in 1945. Although it was handed over to the Poles on 15th May 1946, all the equipment had been deported to the east until then. Therefore, production was restarted only in 1953. The plant began again to produce paper for books and newspapers, and to recycle waste paper into toilet paper. It operated in 1945 under the name of the Szczecin Paper Factory 'Skolwin'. The name was changed into Fabryka Papieru Szczecin-Skolwin SA [Szczecin-Skolwin Paper Factory Joint Stock Company]. A Danish company Nørhaven A/S bought the factory in 2005, and renamed it to Skolwin Paper International, but two years later the factory in Skolwin went bankrupt. Due to the high historical and artistic value, immediately after the cessation of production and bankruptcy, the complex of the factory buildings in Skolwin was under the protection of the Municipal Art Conservator. The premises of Skolwin Paper International were bought a Polish company Apis which does business in the paper industry, which began their revitalisation, renovation of the buildings and restarting making paper. It currently employs 72 people. There is a railway line near the factory, but passenger connections on this line were closed and only freight trains are left now.

More on the topic:
Weather
Geolocation
Search nearby
The paper factory
COMMENTS
Sign in to leave a comment.