Mysia Wyspa [the Mouse Island]
Mysia Wyspa is a perfect destination for a successful trip out of town. The peninsula of Lake Trzesiecko can be reached in many ways, using interestin...
05-10-2021 ·

Prom Bez Granic [“Borderless” ferry]
Prom Bez Granic, which was opened in 2007, is the first, ferry border crossing on the Oder River. The ferry swims between the following places: G...
20-09-2021 ·

The Orlik playing field
The playing field was established as a part of the “Moje Boisko - Orlik 2012” project. It consists of two playing fields which can be used to pla...
20-09-2021 ·

The City Fortifications
The city fortifications were built at the turn of the 14th and the 15th century. To this day only fragments thereof have been preserved. They are m...
30-04-2015 ·

Sportowa Dolina [Sports Valley]
Sportowa Dolina in Koszalin is a modern sports and recreation complex, situated in the city centre, intended for everyone regardless of age. It was...
15-09-2016 ·

Pałac Młynarza [Miller’s Palace] and a mill
The first mill was built in this place in the 13th century in connection with granting a town charter to Koszalin in 1266. The complex survived unt...
11-10-2015 ·

The Museum
The prototype of the Koszalin museum was the exhibition of the German Tourism and Protection of the Country Association opened in 1912 in the city...
23-05-2015 ·

The Dutch Windmill
The Dutch windmill comes from the mid-19th century. Due to the condition of the building, it is not open to visitors. This type of wind-propelled m...
06-01-2015 ·
Tennis courts
Home / Enjoy / Activities / Tennis, Squash, Golf 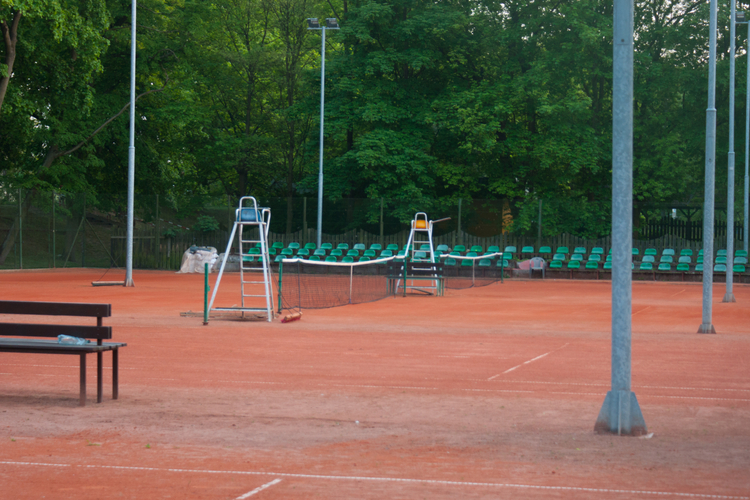 The tennis courts are situated in the centre of the town. You can reach them by car – from Władysława Łokietka Street, or by local transport services. In the vicinity there is Wał Piastowski [the Piasts’ Embankment] and the remains of the defensive walls of Choszczno.

The clay courts comprise four courts, including three for doubles matches and one for singles matches. The court also features a practice wall. The facility is a site of periodical tennis tournaments.

More info: www.crs.choszczno.pl/sport/korty-tenisowe/
More on the topic:
Geolocation
Search nearby
Tennis courts
COMMENTS
Sign in to leave a comment.