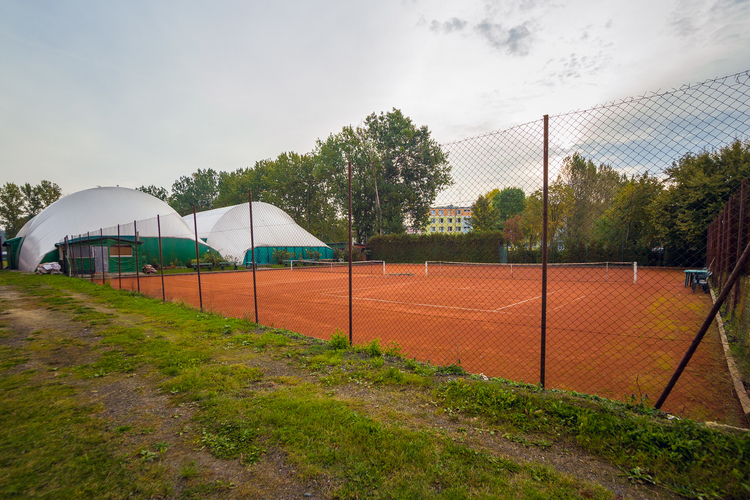 The Gwardia tennis courts in Koszalin are located on Fałata Street, near national road no 6, in the north-eastern part of the city, on the right side of the street, when heading Gdańsk. The courts can be accessed from Sportowa Street. In order to arrive at the entrance, one has to turn right into Piłsudskiego Street from Orląt Lwowskich Street, driving from Kardynała Jeża Roundabout, and then take third street into right – Sportowa Street. The hall is situated at the end of the street. In front of the building, there is a parking lot for about 100 cars.

The Gwardia tennis courts in Koszalin are a part of the Gwardia sports and recreation complex in Koszalin. The complex consists of outdoor clay courts for summer and roofed courts when it is possible to play during autumn and winter. The roofed courts have an artificial grass surface and are illuminated, which enables players to use them also in the evening throughout the entire year. The courts are open every day. A prior reservation is necessary. The offer includes tennis lessons, also with a Lobster tennis ball machine.

The complex is a place where tennis tournaments of various age groups are organized.

More info: www.tenispro-koszalin.pl
More on the topic:
Geolocation
Search nearby
The Gwardia tennis courts
COMMENTS
Sign in to leave a comment.