SZCZECIN AZS Yacht Club
This is one of the few clubs in the harbour area and it has been in operation for almost seventy years. If you can sense the atmosphere of the old...
25-03-2015 ·
The Centre of Culture and Sport in Cedynia
Cedynia
Home / Enjoy / Arts & culture / Cultural centres 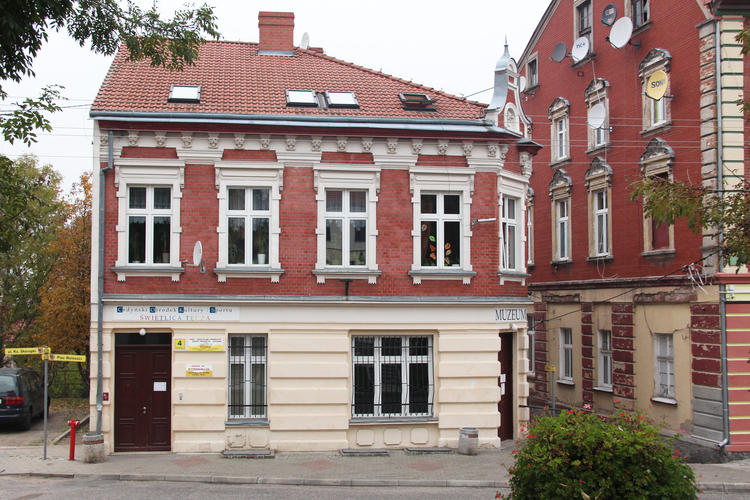 The Centre of Culture and Sport in Cedynia is located in Cedynia at 4 Wolności Square.

The Centre of Culture and Sport in Cedynia is a place where physical activity and artistic development work together on an equal footing. The offer is addressed mainly to the youngest residents of the commune, but there are also attractions 'not only for children'.
As a part of CCS in Cedynia two libraries: a municipal and a school one operate.  The turbulent history of the region is brought nearer to the locals and visitors by the Regional Museum in Cedynia with an observation tower, which offers a panoramic view of the entire area. In addition, the centre administers work of nine rural clubs throughout the commune.
Performances of vocal bands 'Gama' and 'Radościanki' - the pride of the CCS in Cedynia, add splendour to most of local events. The choir "Czciborzanie" in addition to instantly making local events pleasant, they also appear on the national and international stages. The Historical Brotherhood of Cedynia "Comitatus" also cannot be omitted. It organises historical battles reenactments, encourages young people to actively explore the past and tradition.
Younger residents can participate in workshops and sports activities. Cedynia, like other towns of Gryfino District, takes part in various EU projects. It also hosts regular events, for example Days of Cedynia, which are a special attraction for visitors.

More info: www.cokiscedynia.pl
More on the topic:
Geolocation
Search nearby
The Centre of Culture and Sport in Cedynia
COMMENTS
Sign in to leave a comment.