SZCZECIN AZS Yacht Club
This is one of the few clubs in the harbour area and it has been in operation for almost seventy years. If you can sense the atmosphere of the old...
25-03-2015 ·
The Museum
Home / Enjoy / Arts & culture / Galleries 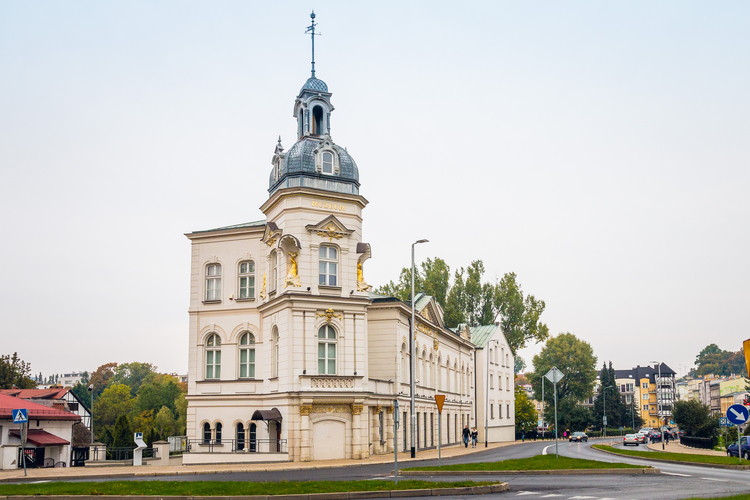 The museum in Koszalin is located in the city centre, just north of the city hall, at the intersection of Młyńska Street and Podgrodzie Street. Next to the building there is a car park for approx. 20 cars.

The prototype of the Koszalin museum was the exhibition of the German Tourism and Protection of the Country Association opened in 1912 in the city hall. A professional museum in Koszalin was founded two years later. On the basis of its collections, the present museum in Koszalin was founded in 1947. The institution has had its head office in Pałac Młynarza [the Miller's Palace] since 1991.

The collections in Koszalin are presented at permanent and temporary exhibitions within the following sections: ethnography, history of the city, numismatics and contemporary art.

Current permanent exhibitions include: 'Koszalin - from the Middle Ages to the Present', 'The Prehistory of Pomerania', 'Coins and Medals', 'The Cultural Island", 'The Pomeranian Forge', 'Osieki 1963-1981', 'The Cobbler's Workshop', 'The Old Arts and Crafts - from Baroque to Art Nouveau'.

In addition, the Ethnographic Section organises the Jamno Fair at the museum courtyard. It takes place four times a year: three times in summer and once in December, just before Christmas. The Fair is accompanied, among others, by performances of folk bands. The museum participates in the May Night of Museums, and in June it organises children's folklore review 'A pre-schooler I am, or fun with dance, music and song".

: Pałac Młynarza [Miller’s Palace] and a mill
Search nearby
The Museum
COMMENTS
Sign in to leave a comment.