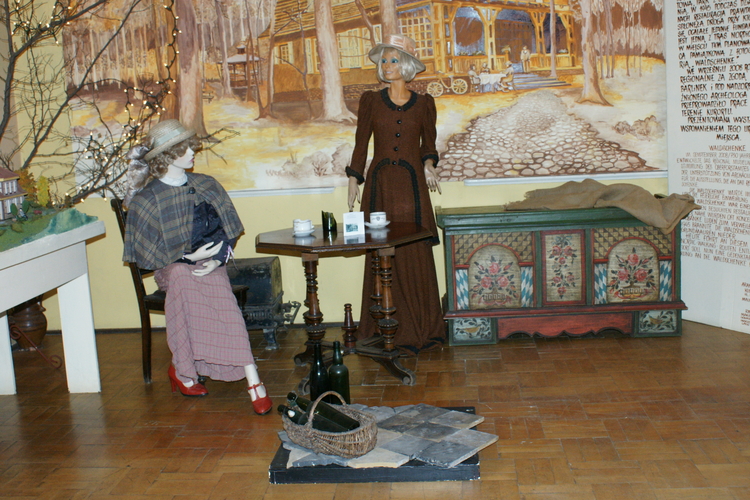 The Regional Museum in Barlinek is located in the so called Guttenberg’s House on 17 Niepodległości [Independence] Street, one of the main streets in the town. The museum is situated near Park Piłsudskiego. The entrance to the museum is from Paderewskiego Street.

The Regional Museum in Barlinek is located in Guttenberg’s House. It was erected in the middle of the 19th century, and in the past it was used as a printing house and a book shop. From Niepodległości Street, in the main façade, there is a bust of Jan Guttenberg, the creator of print. Initially, since 1961, the museum functioned as a Chamber of Relicts in which the local collector - Czesław Paśnik – shared his private collection with the public. In the meantime, the Chamber transformed into a museum. At present, it belongs to the town, being part of Community Centre’s structure. The Museum owns: historic, archaeological, ethnographic and biographical collections. Currently, there are four permanent exhibitions available in the museum:

- biographical – it is devoted to the most famous citizen of the town - Emanuel Lasker, the world chess champion (photos, copies of birth certificate, books, articles);

- historical- which depicts the history of the town, mainly in the 19th and the 20th centuries (maps, old prints, erection acts, diorama of the main railway station, display devoted to the famous Waldschenke restaurant);

- archaeological – which shows old tools from the Neolithic Era till the Iron Age;

- ethnographic – which portrays the past life and customs of Barlinek’s citizens and of people from the nearby villages (household tools, shoemaker’s workshop, tailor’s shop, laundry room).

Apart from exhibitions, the museum also offers museum lessons for kids and teenagers.

Regional Museum in Barlinek has its branch in Dziedzice where Muzeum Wojskowości, Szkolnictwa i Wsi [the Museum of Military Affairs, Education and Village] is located.

More info: http://bokbarlinek.home.pl
More on the topic:
Geolocation
Search nearby
Regional Museum
COMMENTS
Sign in to leave a comment.