The First Border Post by the Oder
A few months before the official establishment of the Polish borders, the soldiers of the 6 Independent Pontoon and Bridge Battalion of the 1st Polish...
31-08-2021 ·

The Town Hall
The Town Hall in Wałcz is located in the historical town centre in the western side of the market square. The oldest part of Wałcz has a preserved old...
30-08-2021 ·

“Gibbon” Ropes Course
The park offers 8 courses of different lengths and levels of difficulty, and two training courses. It is also possible to ride a Go-kart on a rope. Ti...
02-08-2021 ·

Myśla River
The direction of its course is originally set, thanks to which the river creates numerous bends and backwaters meandering towards the south. The areas...
02-08-2021 ·

The ski slope
The training ski slope in Jarosławiec is the only such an attraction by the Baltic. Thanks to a training simulator, you can experience the pleasure...
27-04-2015 ·

Stepnica
Stepnica is a town in north-western Poland, in Western Pomerania, in the district of Goleniów, and is the seat of the urban-rural commune of Stepni...
12-01-2015 ·

Tennis courts
The clay courts comprise four courts, including three for doubles matches and one for singles matches. The court also features a practice wall. The...
09-01-2015 ·

The lapidarium of former German inhabitants of Gryfino
The lapidarium was created at the turn of 1994 and 1995. It is the place where the tombstones of former residents of Gryfino were collected; and th...
22-04-2015 ·
Geopark “Kraina Lodowca nad Odrą” [the 'Land of the Glacier on the Oder' Geopark]
Moryń
Home / Enjoy / For Children 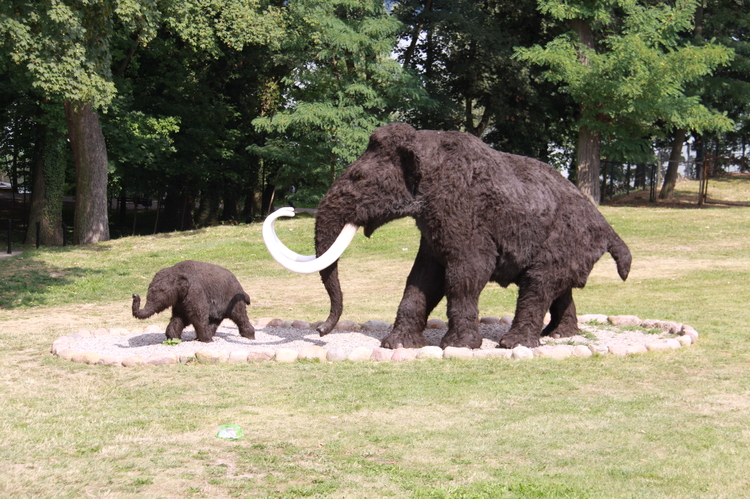 Geopark “Kraina Lodowca nad Odrą” [the 'Land of the Glacier on the Oder' Geopark] is located in Lake Morzycko in Moryń, in the district of Gryfino and in the town of Gross-Ziethen near Joachimstahl, Germany. The Polish part of the geopark is located in several places in the town of Moryń. A Regional Office of the Geopark is at 2 Wolności Square. Aleja Gwiazd Plejstocenu [the Avenue of the Pleistocene Stars] leads along the shore of Lake Morzycko and is part of Promenada Wielkiego Raka [the Grand Lobster Promenade] leading towards the town beach. Kamienny Ogród [the Stone Garden] is located along the town walls.

The 'Land of the Glacier on the Oder' Geopark was officially opened on 31st May 2012. Its creation was made possible thanks to the support of the funds obtained from the European Union. A Regional Office of the Geopark has several functions. In the old renovated cinema, a Tourist Information Office operates. You can learn there more about local attractions and options for tourists. In the kiosk, you can buy maps, brochures, postcards, and specimens of minerals and fossils, and even mammoth figurines. In the modern concert and conference hall, meetings are held concerning, among other things, geology. The permanent exhibition is dedicated to the last ice age that took place 12-15 thousand years ago. It presents the course of the last ice age and its impact on the geological structure and landscape of the areas surrounding Moryń. It is an introduction to hiking in the planned geoturisty routes and to exploring the links between a geological and natural landscape, and the historical and cultural environment of human life. The whole complex is open from Wednesday to Sunday from 10 a.m. to 2 p.m.

Currently, There are a few already finished trails in Moryń itself. It is worth taking a walk a walk-bike path with a length of 650 m, which is along Promenada Wielkiego Raka [the Grand Lobster Promenade], with places of rest and recreation. It leads from Furta Jeziorna [the Jeziorna Gateway] to the beach on Lake Morzycko. At the very the beginning, You can say hello to a life-size she-mammoth Geosia and her son Morynek. In the middle of the promenade, an educational trail was created - Aleja Gwiazd Plejstocenu [the Avenue of Pleistocene Stars]. There are 10 boards with drawings and descriptions of the mammals living during the last ice age. Below each board, there are places footprints of the animals described, in the form life-size casts fixed to the ground. Additionally, hairy set models are placed there, including life-size specimens of Przewalski’s horse, cave bear and a sabre-toothed tiger.

Another highlight of the geopark is Kamienny Ogród [the Stone Garden] - "Kamień w naturze, historii i kulturze ['Stone in nature, history and culture']. This is an exhibition of several dozen boulders collected from the moraine hills around Moryń. Each of them is thoroughly described. An interesting attraction is the sandpit where children can find traces of Pleistocene animals.

But this is not the end of the offers of the geopark. Soon, two geotourist routes will be created: an urban route with the length of 2 km and a 25-kilometer Moryń loop, surrounding Lake Morzycko and winding through Przyjezierze, Dolsko and Mętno towards the moraine hills of the Moryń Carpathians and continue through Stare Objezierze and Nowe Objezierze to Moryń. They will include geosites presenting geology, terrain, historical and cultural landscape. Ultimately, the municipalities of Cedynia, Chojna and Trzcińsko-Zdrój are to join. Then the area of the Geopark will occupy approx. 400 square kilometres and there will be another four geotourist routes.

: The Town Fortifications
Search nearby
Geopark “Kraina Lodowca nad Odrą” [the 'Land of the Glacier on the Oder' Geopark]
COMMENTS
Sign in to leave a comment.