The permanent exhibition of white-tailed sea eagles
The white-tailed sea eagle is a symbol of the Wolin National Park. It is also known as sea eagle or erne. A couple of sea eagles can be found in th...
28-04-2015 ·
The Most Sacred Heart of Jesus branch church
Home / Plan your trip / Practical information / Places of religious cult / The Roman Catholic Church 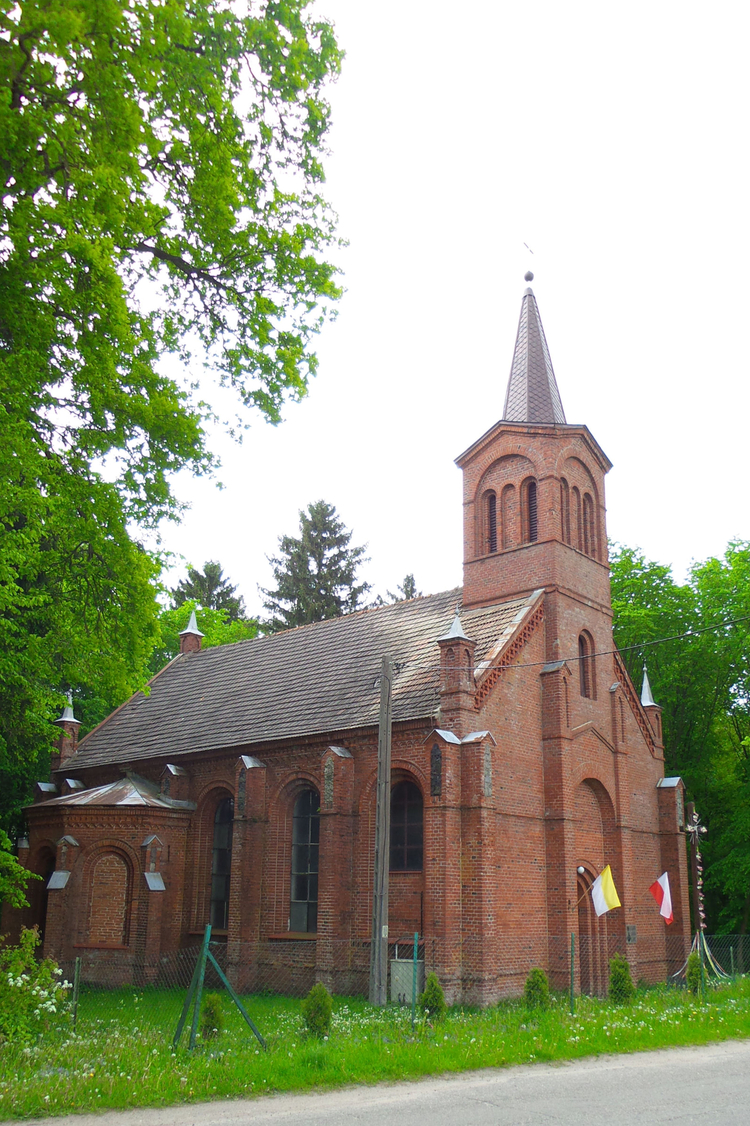 The church can be seen just after entering the village. It is located near a bend of a local road, by Lake Wielki Bytyń.

It is a branch church currently belonging to the parish of St Catherine in Marcinkowice. The building was erected as an Evangelical church, founded by cavalry captain named von Reckow. Between the end of the Second World War and 1960, the building functioned as a granary. After the renovation, it regained its original function, however, as a Roman Catholic church.

The church was built in the second half of the 19th century in the eclectic style combining the elements of neo-Gothic and neo-Romanesque styles. It is an oriented hall church built of red brick on a rectangular plan with a trilateral presbytery on the eastern side and a pair of trilateral oratories. The tower is located in the western part of the body of the nave, forming a small avant-corps in the front gable wall. The tower has a multi-hipped roof. From the first, relatively flat part of the roof, a slender pyramid protrudes. It is topped with a metal sphere with a cross. Five small towers-pinnacles are located at the corners of the nave and at the top of the gable. They are covered with miniature equivalents of the roof covering the tower, forming an interesting composition. The walls of the nave, oratories, and the presbytery are supported by buttresses decorated with blind windows filled with polished stone surfaces. The buttresses of the tower and the pinnacles, there are blind windows with brick surfaces. The highest storey of the tower is decorated with arched triforia. The external windows of the triforium are covered with wooden blinds; in the middle, there are blind windows with brick surfaces.

The main entrance has a double portal. The lower portal consists of three brick setoffs profiled in mild brick arches – there are decorative wooden doors located with a fanlight in the form of two quarters of a circle filled with a diagonal muntin grate forming a stained glass composition.

After the Second World War, the building served as a granary until 1960 when it was refurbished and taken over by a Roman Catholic.

More on the topic:
Geolocation
Search nearby
The Most Sacred Heart of Jesus branch church
COMMENTS
Sign in to leave a comment.