The permanent exhibition of white-tailed sea eagles
The white-tailed sea eagle is a symbol of the Wolin National Park. It is also known as sea eagle or erne. A couple of sea eagles can be found in th...
28-04-2015 ·
The Nativity of the Blessed Virgin Mary parish church
Białogard
Home / Plan your trip / Practical information / Places of religious cult 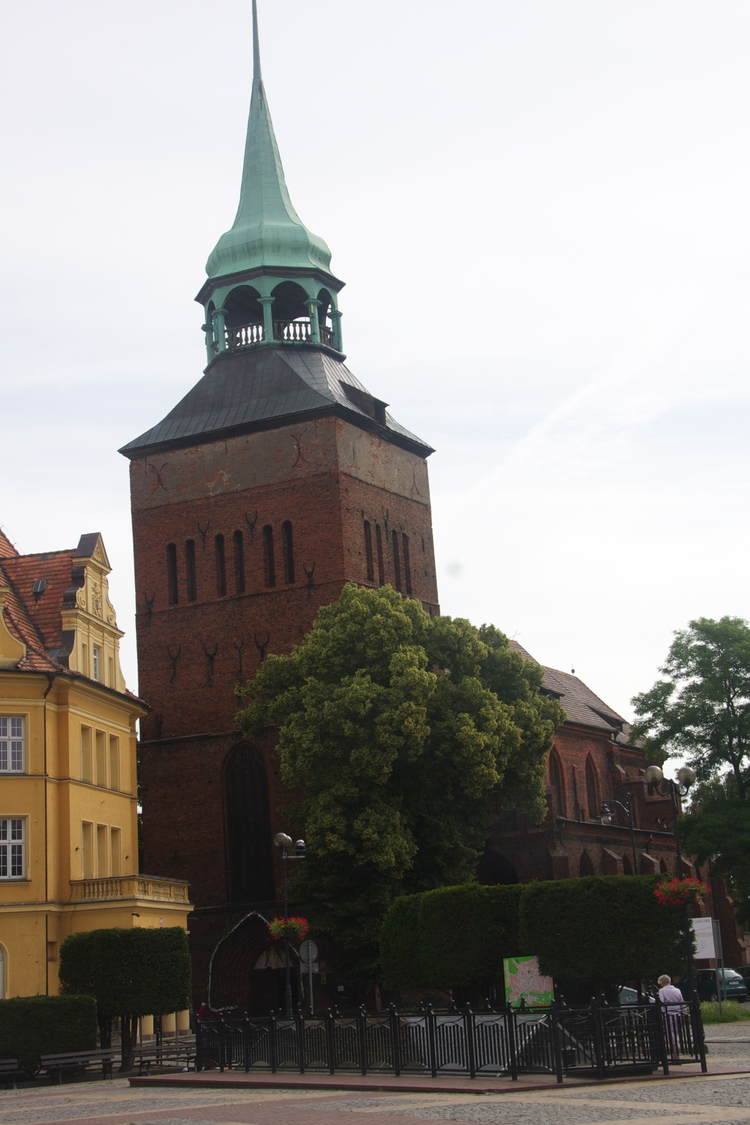 The church is located within the renovated old town in the town centre, on Wolności Square.

The church comes from the first half of the 14th century. Due to numerous fires that affected the church, there is almost nothing left from its original furnishings. This is the reason why many elements of the building come from other churches, including a baroque altar from the pulled down St Peter church and the epitaph of Faustus Knigge from the destroyed cathedral of Kołobrzeg. Probably the only original elements in the church are three Gothic statues located in the arcades of the nave. The current state of the church results from many works and renovations carried out in different periods. It is a three-nave Gothic church. The presbytery, nave, and aisles have a stellar vault. On the western side of the church, there is a leaning tower topped with a baroque cupola.

The historic furnishings of the church include the high altar, a side altar, baroque pipe organ and baptismal font, Gothic statues from the 15th-16th centuries, and three brazen chandeliers from the 18th century. The baroque high altar was made about 1700. It was most likely founded by the nobility. It consists of three-level retable placed in a secondary rectangular altar stone. The first level consists of four columns and two figures of patron saints. It is divided from the second level by a cornice. The centre of attention of the second level is the scene of “The Crucifixion”. The third level consists of the scene of “The Lamentation of Christ”. The altar is topped with a statue of Christ the Resurrected. The historic baroque side altar is located in the northern aisle. The side altar is more modest, but as beautiful and interesting as the high altar. The raised pulpit is located on the left side of the high altar. It dates back to 1688 and was founded by the Batzen family. The pulpit was repeatedly rebuilt at the turn of the 19th and the 20th centuries. There is a historic baptismal font in the church’s porch. A pipe organ was made in 1775 by an organ builder Marr of Berlin, and then completely rebuilt in 1912. Most Masses in the church are celebrated with the accompaniment of the pipe organ. The building has very good acoustics and the pipe organ plays in tune, so frequent organ concerts become a tradition. In the church, there are also interesting stained glass windows from the early 20th century. The most interesting – for instance, depicting Luther – are located in the sacristy. The walls of the church are covered with beautiful noteworthy paintings.

An interesting fact is that four largest bells, out of five that was originally located in the church tower, were removed in 1917 and melted down as ammunition during the Great War. Currently, there are three steel bells in the tower – all of them come from 1922. The Sisters of the Most Holy Soul of Christ work in the parish. The church is located very nicely within the old town. The building can be accessed by the disabled through a side entrance.

More info: www.nmp.bialogard.koszalin.opoka.org.pl
More on the topic:
Geolocation
Search nearby
The Nativity of the Blessed Virgin Mary parish church
COMMENTS
Sign in to leave a comment.