The permanent exhibition of white-tailed sea eagles
The white-tailed sea eagle is a symbol of the Wolin National Park. It is also known as sea eagle or erne. A couple of sea eagles can be found in th...
28-04-2015 ·
The parish church - Katedra pw. św. Jakuba Apostoła [St. James Cathedral]
Szczecin
Home / Plan your trip / Practical information / Places of religious cult 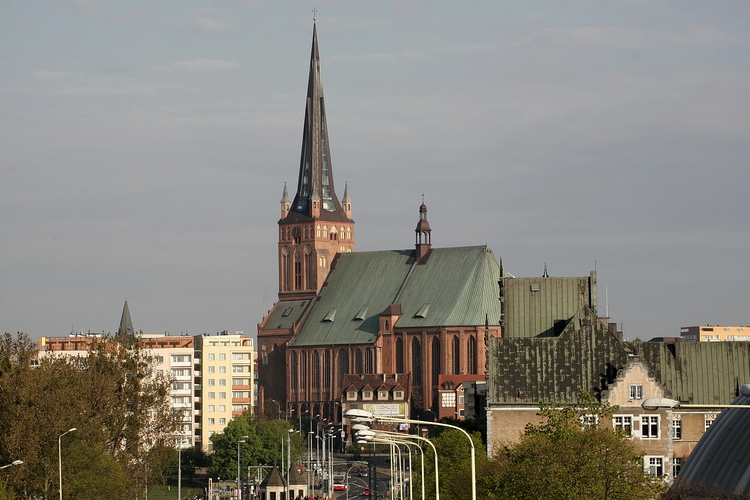 The church is located on the main street leading to the town, on the hill near Szczecin Boulevard, opposite the Campanile Hotel.

The origins of the cathedral in Szczecin probably date back to the year 1187 and the consecration by bishop Siegfried. The church was most likely founded by Beringer, a burgher from Bamberg, in order to make evangelisation of Pomerania faster. In the thirteenth century, the building had the form of a Gothic basilica with three naves and without buttresses. The aisles were raised after some time, thereby creating a hall. In 1534, the church passed into the hands of supporters of the Reformation. The church was rebuilt in the Baroque style after a fire in the seventeenth century. The church was declared a minor basilica in 1983.