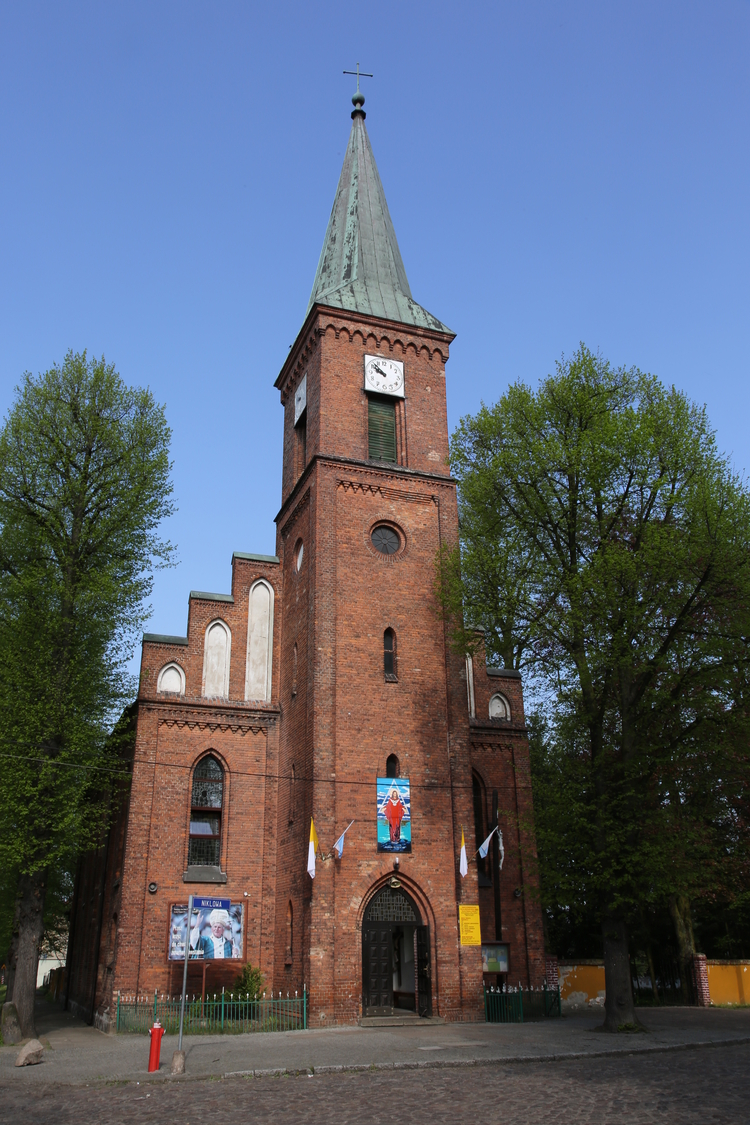 The church is located in the central part of the district of Szczecin Podjuchy, at the national road No. 13. There is the market and the Biedronka store nearby. There is good access to the building by public transport.

Due to the mission of St. Otto, Bishop of Bamberg, undertook in the twelfth century, the surrounding lands became enriched with churches in Kołobrzeg, Wolin, Szczecin and Pyrzyce. It was also indirectly because of him that the medieval Gothic church in Podjuchy was built. The village appears in historical written sources for the first time in 1226. The settlement had been within the borders of Szczecin by 1334. Protestantism was recognised as a universal religion in the sixteenth century, and Catholicism came back in favour after World War II. The gothic church with a tower and presbytery were completely destroyed by fire on 18th August 1868. A new brick neo-Gothic church was built on a rectangular plan between 1875 - 1876. It has an extracted from a block, closed, pentagonal presbytery, and the four-sided tower on the east side. Kruhl, a master builder from Szczecin, was responsible for the project . Father Jan Klauba of the Society of Christ consecrated the building on 5th September 1945.

More info: www.parafiaapostolow.pl
More on the topic:
Geolocation
Search nearby
The parish church of St. Peter and St. Paul
COMMENTS
Sign in to leave a comment.