The Polish Arms Museum
The centre is within the paid parking zone and the network of one-way streets. Getting to the area of ​​interest by E. Gierczak Street is only poss...
04-07-2015 ·
The Holy Spirit church
Home / Plan your trip / Practical information / Places of religious cult 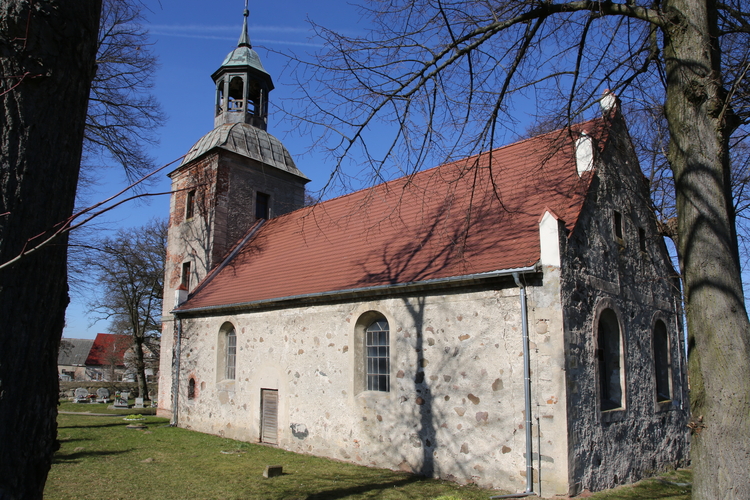 The Holy Spirit branch church is located in the village of Czarnowo in the commune of Kozielice. It is situated in the central point of the village, near a coach stop.

The first mentions about Czarnowo come from the 10th-11th century – it is referred to as a settlement of the Prissani tribe. A legend has it that the first owner of the settlement was a knight named Blankenburg, who built a castle there, which was later pulled down. The area of the present Czarnowo was adjacent to Brandenburg, so it was the aim of frequent invasions and destruction. Since 1322, the village belonged to the town of Pyrzyce. Its previous names were “Czernow” and “Cerno”. After the destruction during the Thirty Years’ War, the village – starting from 1647 – was slowly rebuilt, the church in the village, though, was built earlier.

The construction of the church in Czarnowo can be dated back to the early 17th century. In 1601, an oriented church built on an elongated rectangular plan was erected in the central point of the village. It was built of fieldstones covered with lime mortar. The church has a tiled gable roof from the side of the nave. In the late 18th century, the church was renovated and plastered, but it did not lose its original shape and structure. The dates of construction and reconstruction of the church (1601 and 1750) can be still seen on the southern façade of the building, where the entrance used to be located. Now, this entrance is bricked up. The next changes was made in 1696, when a wooden tower was added to the church. A few dozen years later, the tower was rebuilt in brick and it have existed up to the present times. It is a five-storey square-shaped tower topped with a lantern with a baroque cupola. Nowadays, the tower is the only available entrance to the building. Inside the church, it is worth noticing a wooden beam vault, an altar, an 18th-century pulpit, and pews from the 19th century.

The church is situated at a yard surrounded by about 2.5 m high stone wall with a brick pent roof a mono-pitched roof covering the church’s fence. From the south, the wall is made of brick. The churchyard, like many such places in older times, used to be a cemetery, which is evidenced by tombstones preserved up to this day in its western part. There are more-than-50-year-old lindens growing around the wall surrounding the church.

In 1946, the building was consecrated as the Holy Spirit church by Rev. Stanisław Koszarek from the Society of Christ Fathers.

The present church is located within the Roman Catholic parish of Mother of God Help of Christians in Banie, in the deanery of Banie. Masses are celebrated on Sundays at 9.45 am and on Wednesdays at 5 pm.

More on the topic:
Geolocation
Search nearby
The Holy Spirit church
COMMENTS
Sign in to leave a comment.