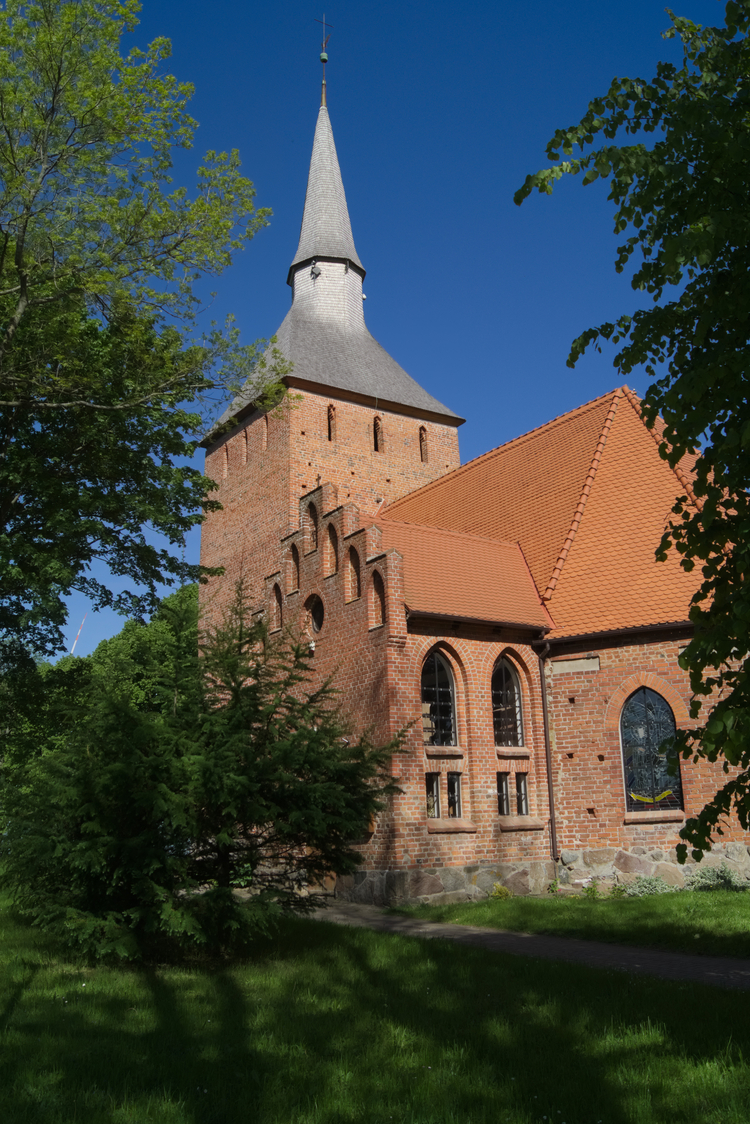 The church is located in the central part of the town, on an elevation.

The St Stanislaw Kostka church in Cisowo is a Gothic church located on a hill. It has impressive size for a village church. The building comes from the 13th century, and was rebuilt in the 15th century. The major overhaul was conducted in the 1860s. The brick single-nave building is dominated by a tall tower located on its western side. It is crowned with a square hipped roof topped with a wind direction indicator with a sphere, cross, and cock. The vestry is located from the north east, the chapel – from the north. The former was added about1900, in place of a previous porch. The church was erected on a foundation of large erratic boulders. The building was built on a wide rectangular plan with a three-sided presbytery. The walls of the nave are supported by buttresses with an ornamental offset structure. There is an interesting cross-ribbed vault in the sacristy, as well as details ornamenting the tower. In the nave, the vault similar to the one in the sacristy was never built. It is possible that there were no resources to finish the church according to the original design. It was supposed to be larger and have three naves divided by pillars.

Among elements of the furnishings of the church which have survived up to this day are a stone baptismal font from the Middle Ages, a baroque three-piece wooden altar, a richly sculpted choir from 1622, the 17th-century pulpit and pews, and a tombstone of Jochanes Schlutinus and Barbara Scheinnanin from 1739.

In the 19th century, the churchyard was surrounded by a stone wall. In the middle of the former churchyard cemetery, there is a monument commemorating those who died during the Great War. It has a form of a concrete pentagonal post topped with a semi-dome. At the top of the dome, an iron cross is located. The inscriptional fields contain German inscriptions and bas-reliefs depicting swords surrounded by oak leaves. There is also a small lapidarium there. The church in Cisowo is a branch church of the St Gertrude church in Darłowo. It belongs to the deanery of Darłowo. In front of the church, there is parking space.

More info: www.swgertruda.darlowo.pl/index.php/informacje-o-parafii
More on the topic:
Geolocation
Search nearby
The St Stanislaw Kostka church with its surroundings
COMMENTS
Sign in to leave a comment.