Water tower
The water tower was constructed in 1935 within area of a water intake. The water was drawn with the use of a deep-well pump. The tower was used to...
22-04-2015 ·
St Gertrude's Church
Darłowo
Home / Plan your trip / Practical information / Places of religious cult 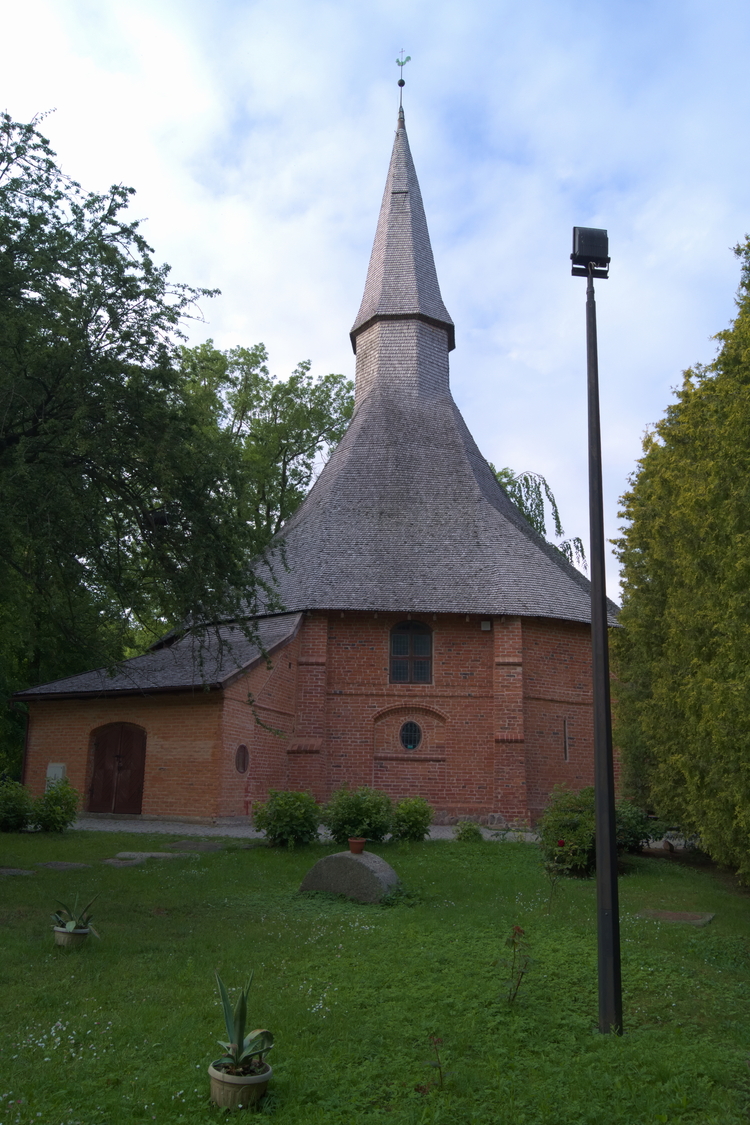 The church is located in the north-eastern part of the town at the route No. 203. It is located approx. 250 metres from the Wysoka [High] Gate. There is a cemetery next to the church.

St Gertrude's Church in Darłowo is the monument which is highly attractive among tourists due to its history and architectural form. According to historians and art experts, it can be considered as one of the most valuable monuments of the region. This brick building - having been plastered lately - was built on a hexagon plan with a lower twelve-sided bypass. Its shape is very similar to the rotunda. Its walls are reinforced and decorated by stepped buttresses. The walls of the church are divided into alternating shorter and longer ones. The building is topped with a pyramidal, dodecagonal roof of shingle oak. A hexagonal tower with a high pyramidal dome is above it. A ball, a cross and a rooster have been placed on the gable.

The interior of the church looks interesting and it surprised the visitor by a wealth of architectural forms. Upon entering the church, your attention is turned to a beautiful stellar vault with interesting polychrome. There You can also admire decorative balustrades of five balconies with the images of the four evangelists. A neo-baroque organ casing from the early twentieth century and a nineteenth-century organ also deserve attention. What is more, the parapets of the benches were decorated with coats of arms of towns, guilds, images of St Peter and St Paul and the patron saints of the Reformation movement, including Martin Luther. Other paintings can be seen behind the altar. They come from the late nineteenth and early twentieth century, and depict the marble-like columns and pilasters.

St Gertrude's Gertrude was placed just outside the town walls. Originally, it served as a refuge to the travellers who did not manage to enter Darłowo before closing the gates at night. It later began to serve as a cemetery chapel. There are not any documents with information about the creation of the building. The first mention dates from 1497. It is believed, however, that the church comes from the first half of the fourteenth century, and was founded by the town council or Duke Erik of Pomerania. The unusual spatial composition of the chapel makes art historians puzzled. Some of them highlight the Scandinavian influence and similarity to a saint's tomb in Jerusalem. Perhaps its builder drew inspiration from the architecture of English military orders. The chapel began to be called a church after the creation of the parish of St Gertrude in 1990. Previously, with a short post-war break, it functioned as a cemetery chapel.