The Polish Arms Museum
The centre is within the paid parking zone and the network of one-way streets. Getting to the area of ​​interest by E. Gierczak Street is only poss...
04-07-2015 ·
St. Gertrude's Chapel
Home / Plan your trip / Practical information / Places of religious cult 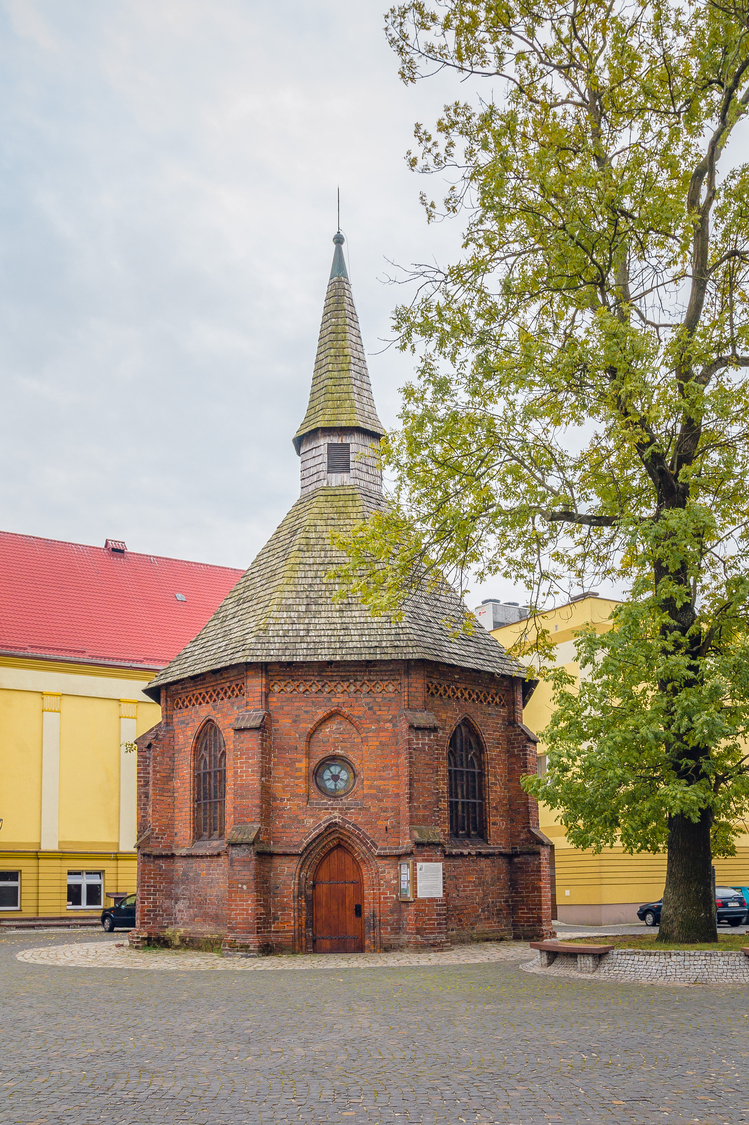 St. Gertrude's Chapel (XIV c.), located between Modrzejewskiej and Połczyńska Streets next to the theatre, is a rare example of religious architecture in West Pomerania.

The chapel was built in Koszalin in 1383 outside the city walls. Originally, it served as a hospital chapel, and then - the cemetery. I was converted into the ammunition depot of the local garrison (changing the roof, walled window openings, dismantling the tower) in 1735. Religious functions of the chapel were restored at the beginning of the twentieth century, it was renovated and its earlier appearance was recreated. It served as a warehouse after World War II. It also housed Mała Scena Bałtyckiego Teatru Dramatycznego [the Small Stage of the Baltic Drama Theatre]. A bookstore, among other things, was there for some time. The chapel was handed over to the Lutheran Parish Church of Jesus the Good Shepherd in Koszalin and still functions as a sacred place. Approx. 70 people can be accommodated during the services said in Polish and German. A parish choir also functions in a church.

The monument, located near the theatre, is marked by the influence of Scandinavian architecture. The small octagonal building is covered with a dome in the shape of an even-armed star. Lancet triple windows and two Gothic portals occupy a significant portion of the walls of the chapel. Its top is decorated with relief frieze of the motif of the motif of the quatrefoil. Small one-dimensional brick interior of the chapel with a diameter of 8 m and a width of 6 m is canopied with a plaster stellar vault.

More info: www.koszalin.luteranie.pl
More on the topic:
Geolocation
Search nearby
St. Gertrude's Chapel
COMMENTS
Sign in to leave a comment.