The Polish Arms Museum
The centre is within the paid parking zone and the network of one-way streets. Getting to the area of ​​interest by E. Gierczak Street is only poss...
04-07-2015 ·
Parafia Prawosławna pw. św. Mikołaja [St. Nicholas Orthodox Church]
Szczecin
Home / Plan your trip / Practical information / Places of religious cult 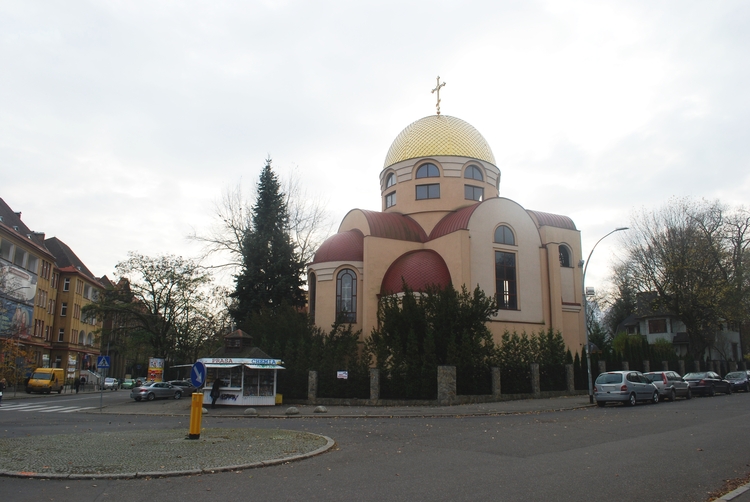 St. Nicholas Orthodox Church in Szczecin is located at 1A Zygmunta Starego Street.

The Orthodox parish in Szczecin was already created prior to Akcja Wisła [Operation Vistula] in the first half of 1946. In 1951, the Wrocław-Szczecin diocese and the parish-priest and the dean became Father Jan Ignatowicz. Within the deanery, two temples were located in residential homes. One of them was the Orthodox church at Bogusława Street (in the parish-priest's flat). It was not until the early 1960s that the parish in Szczecin received a room serving as a church in a separate house at Wawrzyniaka Street (Father Aleksy Baranow was the parish-priest then). St. Nicholas Orthodox Church is housed there until today.

Orthodox Church services are held on a high floor. There is a Pentecostal parish downstairs. In the house at Wawrzyniaka Street, the Orthodox parish has also a kind of a religious education room.