The Polish Arms Museum
The centre is within the paid parking zone and the network of one-way streets. Getting to the area of ​​interest by E. Gierczak Street is only poss...
04-07-2015 ·
The Holy Trinity church
Home / Plan your trip / Practical information / Places of religious cult 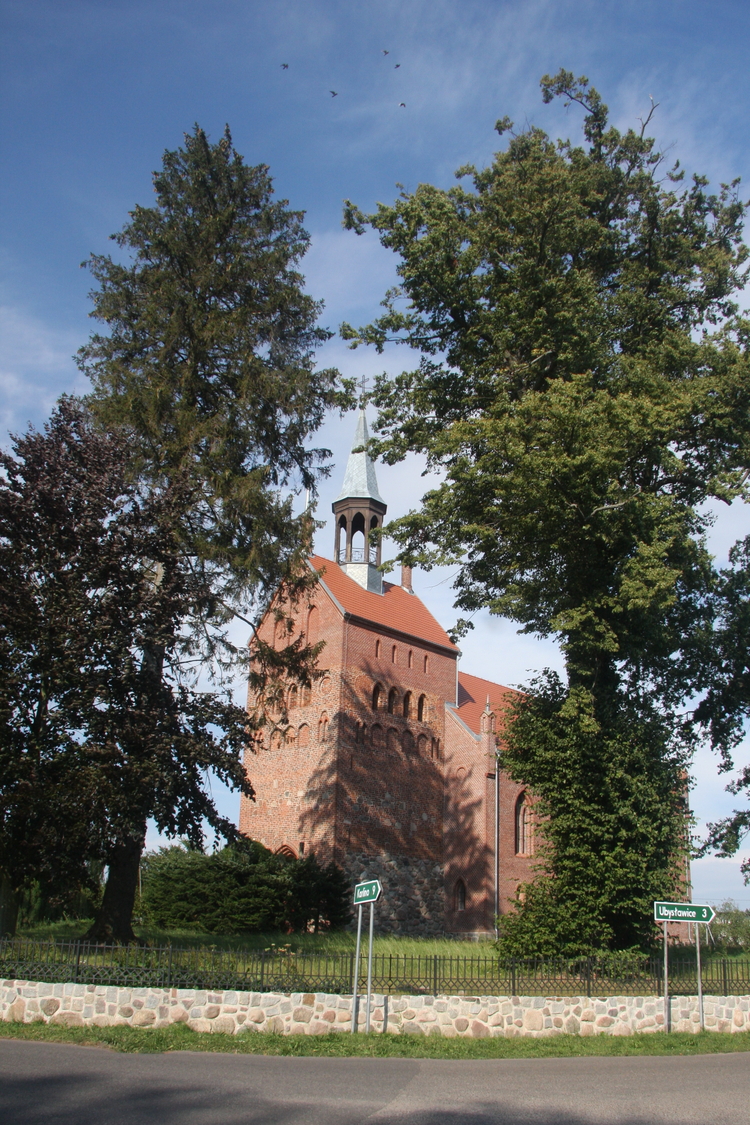 One should turn right in the town of Brzeźno from regional road from Karlino to Kołobrzeg. After driving 6 km, one arrives at the town of Mierzyn. The church is located in the middle of the village at the junction of two main roads.

The Holy Trinity church in Mierzyn is a parish church built in the 15th century and rebuilt in the years 1849-1851. The church was built in the neo-Gothic style.  It is a non-plastered aisleless building made of burnt bricks, strengthened with retaining walls (independent constructions in a form of a wall, which shift the pressure of the protected building to the ground). The presbytery is separated from the nave, lower than the nave, and finished multilaterally. A quadrilateral church tower is built of brick and has a defensive character. Its gable roof is covered with tiles and topped with a small pyramidal tower. The building of the church has a tiled gable roof. There are lanceted windows and doors. Inside the church, there is a wooden internal gallery supported by four pillars. There is a vestry in the church. The interesting elements of the historic furnishings of the church include a baroque epitaph plaque from the 17th century, an oval relief showing two sleeping knights, located in the presbytery (moved from a church in Karścino), a baroque sculpture from the second half of the 17th century, depicting the scene of the Crucifixion, consisting of three figures with traces of polychromy, the sculpture of St John during the Crucifixion (moved from a church in Parsowo), a baroque figure of St Mary during the Crucifixion, a canvass painting of Jesus Christ from the 19th century, a painting of Martin Luther presented by von Kamee of Warnino in 1884, a brazen, silver-plated candlestick in an eclectic style from the second half of the 19th century, and three coverings (for the altar, baptismal font, and pulpit), founded in 1889.  The church is nicely situated, surrounded by greenery, and fenced. There are no steps, so the building is fully accessible to the disabled.

More info: www.parafia-mierzyn.pl
More on the topic:
Geolocation
Search nearby
The Holy Trinity church
COMMENTS
Sign in to leave a comment.