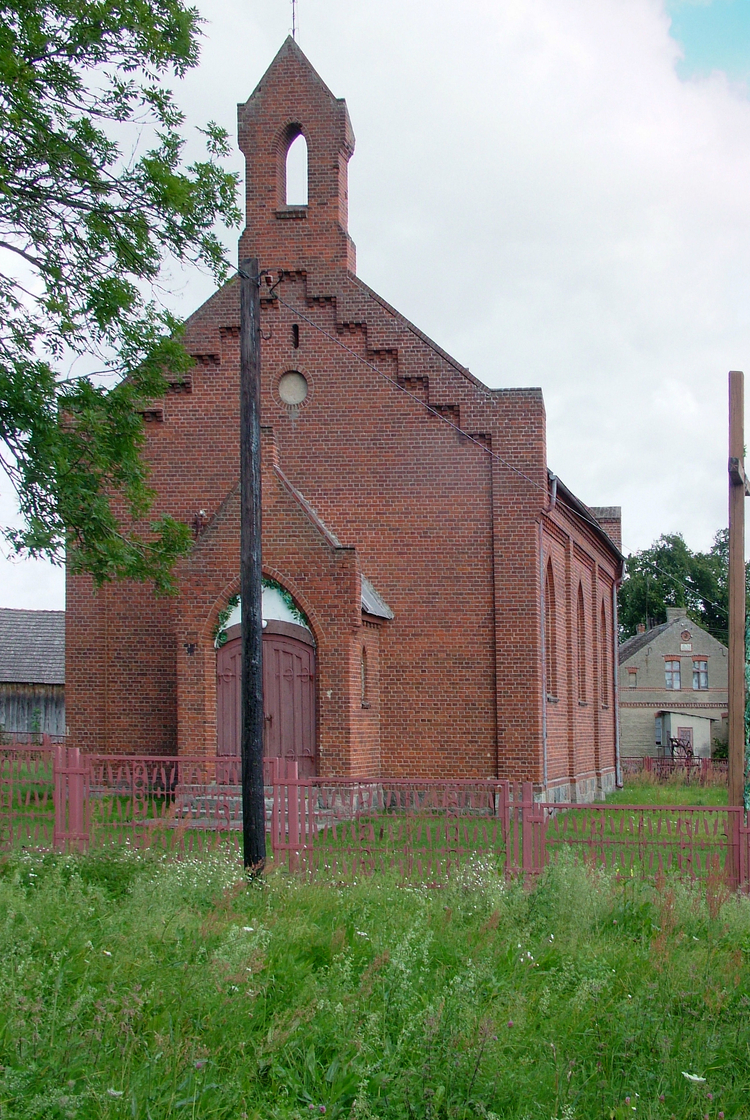 The church is located in the centre of the village, by a road of the eastern part of the oval village.

The church in Jaglice most likely existed already in 1510 as a little wooden building with a painting of St Catherine in the high altar. Also, a record mentioning a baptismal font in the church and a belfry located outside has been preserved. During the Reformation, the church was taken over by Protestants and returned to the Roman Catholic hands about 1618. In church documents, there is information saying that a cemetery as well as a ground with a residential house, a garden, and a field belonged to the church.

The current church was built in the 20th century in the neo-Gothic style. It is an oriented, single-nave building made of red brick. From the front, by the gable wall, there is a porch built on a rectangular plan with a lanceted portal. Wooden double doors with metal fittings are topped with a mild arch of a brick band, which constitutes a base of a blind window located in the upper part of the entrance portal. The blind window in the portal is plastered and lanceted. The entrance can be accessed by brick steps ending at the height of the wall base made of granite rocks. The gable wall of the porch is topped with a little rectangular pinnacle; in the side walls, there are small lanceted windows. The porch is covered with a pitched, two-hipped roof, likewise the nave. The gable wall refers with its proportions to the wall of the porch, but both the upper and the side pinnacles are outlined more clearly. The upper pinnacle is contains an arcade arch and is topped with an openwork, metal cross. At the top of the wall, there is a small oculus. The side walls are divided by pilaster strips into three parts – in each part, there are centrally located, slender, lanceted windows. The rear gable wall adjoins a pentagonal buttressed presbytery with three lanceted windows. The presbytery is covered by a five-hipped, pitched roof. What is noteworthy inside the church is a wooden, beamed ceiling and a simple choir supported by two pillars. Nearby the building, there is a belfry with a single bell, a statue of St Mary on a tall pedestal, and a mission cross.

More on the topic:
Geolocation
Search nearby
The Mother of God Help of Christians branch church
COMMENTS
Sign in to leave a comment.