Wicko Lake
Wicko Lake is a littoral lake on the Słowińskie Coast. It is the largest lake in the Postomino municipality in the Sławno County. It used to be a s...
17-04-2015 ·
The Kaskada Shopping Centre
Szczecin 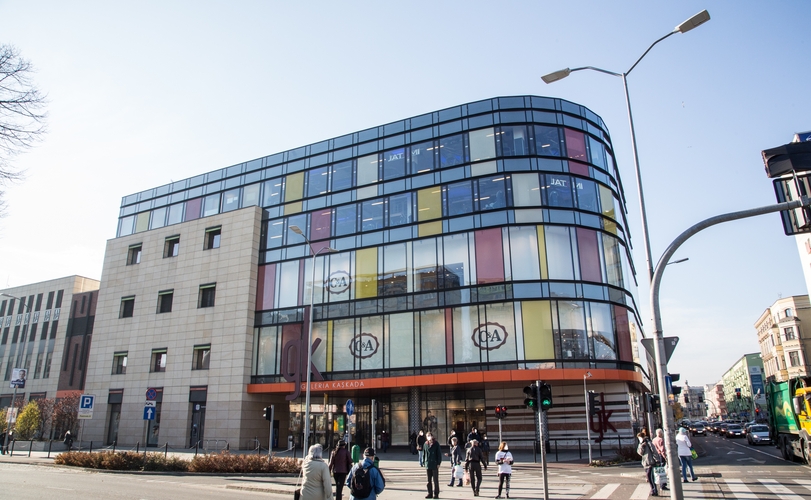 The Kaskada Shopping Centre is located at Niepodległości Avenue. Fast buses of A, B, C, D lines and trams No. 1, 2, 3, 4, 10 (Żołnierza Polskiego Square) stop near the centre. The shopping centre has a car park, which is free of charge for the first hour. After an hour, a required fee shall be paid at the parking machines.

The Kaskada Shopping Centre consists of 140 designer shops, 1,000 parking spaces, 100 000 m2 of the total area and ​​43 000 m2 of the sales area. There is also a fitness school and a Pure Jatomi gym. The Kaskada is linked historically with Szczecin, because since 1889 there have been in that place, among other things, a club and entertainment complex with the largest billiards hall in Pomerania, and Universal Department Store. Only in 1959 was the Kaskada build there. It was the then biggest entertainment place in Poland. Big stars such as Helena Vondrackova, Anna German, or Czesław Niemen performed there. Artists from all over Europe used to play there.  Unfortunately, despite being a great centre of culture and music, the Kaskada was thought to be infested with illegal money exchangers and prostitutes who used its popularity to shady activities. The building burnt down on 27th April 1981. The new shopping centre was built in 2011. You can find inside an exhibited part of the eighteenth century defensive wall that once surrounded Szczecin, and found during construction work.

More info: www.galeria-kaskada.pl
More on the topic:
Weather
Geolocation
Search nearby
The Kaskada Shopping Centre
COMMENTS
Sign in to leave a comment.