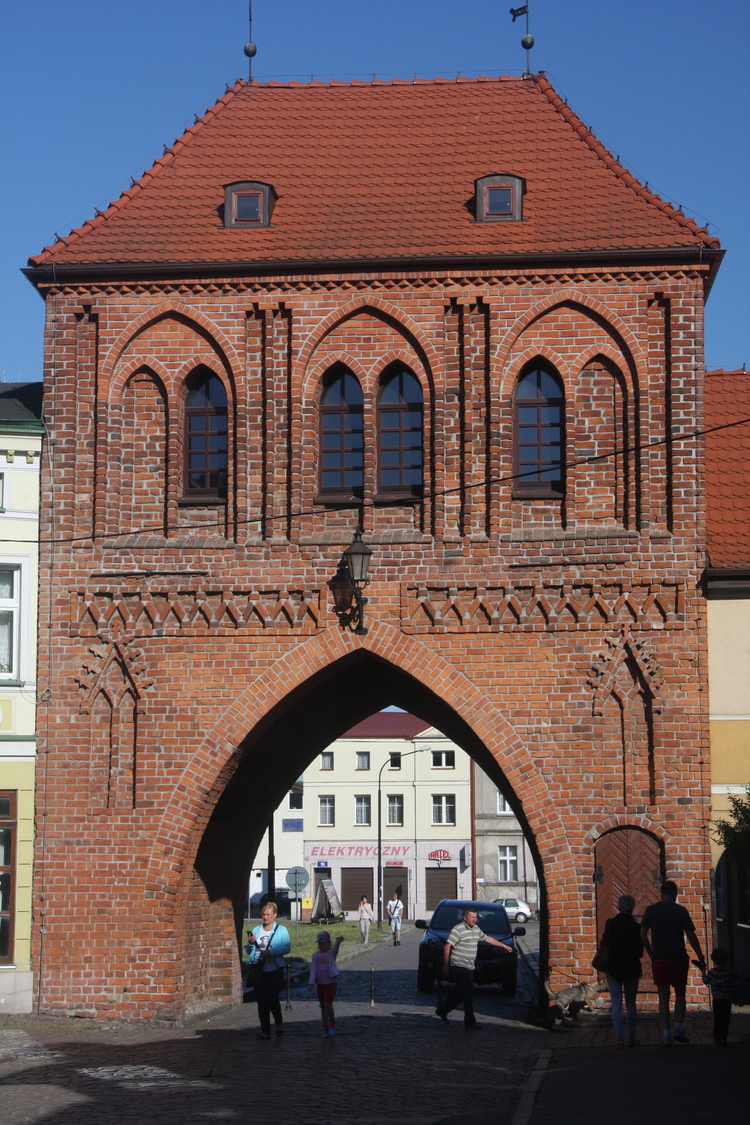 Brama Połczyńska is located in the town centre, not far from the Market Square, within the Old Town, on Grottgera Street.

The gate was built along with defensive walls in the 14th century. The building is built of brick on a stone foundation, on a rectangular plan, with a lanceted passage arch. The gate has two storeys and is topped with a hip and ridge roof. The building is one of two gates that were built in those times. The second was Brama Młyńska [the Mill Gate], presently non-existent. It is interesting that each façade of the gate received different architectural solution. The gate is 10.3 m high. Its present appearance is a result of many reconstructions. Until the end of the 19th century, the gate served the functions of town prison and jailer’s house. Since 1924, it has been used by the Regional Museum. It is interesting that in the arch vault of the gate passage one can see a built-in metal stirrup. A legend has it that it is a stirrup of the commander of a unit from Świdwin seized by the inhabitants of Białogard in a so-called “cow battle”, which took place in 1469 between the inhabitants of Białogard and nearby Świdwin. Presently, the gate houses an Art Gallery, where numerous exhibitions of local artists and painting and drawing workshops for children and teenagers are organized. The gallery has two floors. On the ground floor, there is an office space, and on the first and second floors there is an exhibition space. Unfortunately, the building is not adapted for the needs of the disabled.

: The Old Town
Search nearby
Brama Wysoka (Połczyńska) [The High (Połczyn) Gate]
COMMENTS
Sign in to leave a comment.