Wieża Prochowa [the Powder Tower]
The tower was originally located within the town walls. Getting inside it was possible through the entrance located at a height of about 3 metres a...
19-04-2015 ·

Komorze Lake
It is a ribbon lake with crystal clear water and a very diverse coast line. There are four islands on the lake, and the largest one is Wydrza Islan...
25-04-2015 ·

DARŁOWO The Yachting Marina
It has two floatingpontoons equipped with everything required, including water and power connections. One advantage of mooring in Darłowo is the de...
23-05-2015 ·

Town Hall
The town hall was built according to neo-Gothic style, with neo-Romanesque elements. The town hall of Szczecinek was constructed in 1852. The date...
30-06-2015 ·

Baszta Więzienna [the Prison Tower]
Cistercians arrived to Kołbacz in 1173. They were brought here from Denmark by Wartislaw Swantibor. The monks specialised in agriculture, stimulate...
20-05-2015 ·

The City Park
The City Park was created at the end of the 19th and the beginning of the 20th century. It stretches along the northern shore of Trzesiecko Lake, a...
23-05-2015 ·

The Municipal and Community Centre of Culture and Sport
Various clubs have meetings in the centre such as chess, art, astronomy, choir 'Cantamus Domini', vocal with emission of voice classes and brass ba...
10-08-2015 ·

The Łobez Community Centre
In the Centre, one can participate in music, arts, dancing, theatrical, and recitation classes. Also a music club is organized where children and t...
23-04-2015 ·
The Defensive Walls
Chojna
Home / Discover / Pomorze heritage / Fortifications and military structures / Town walls 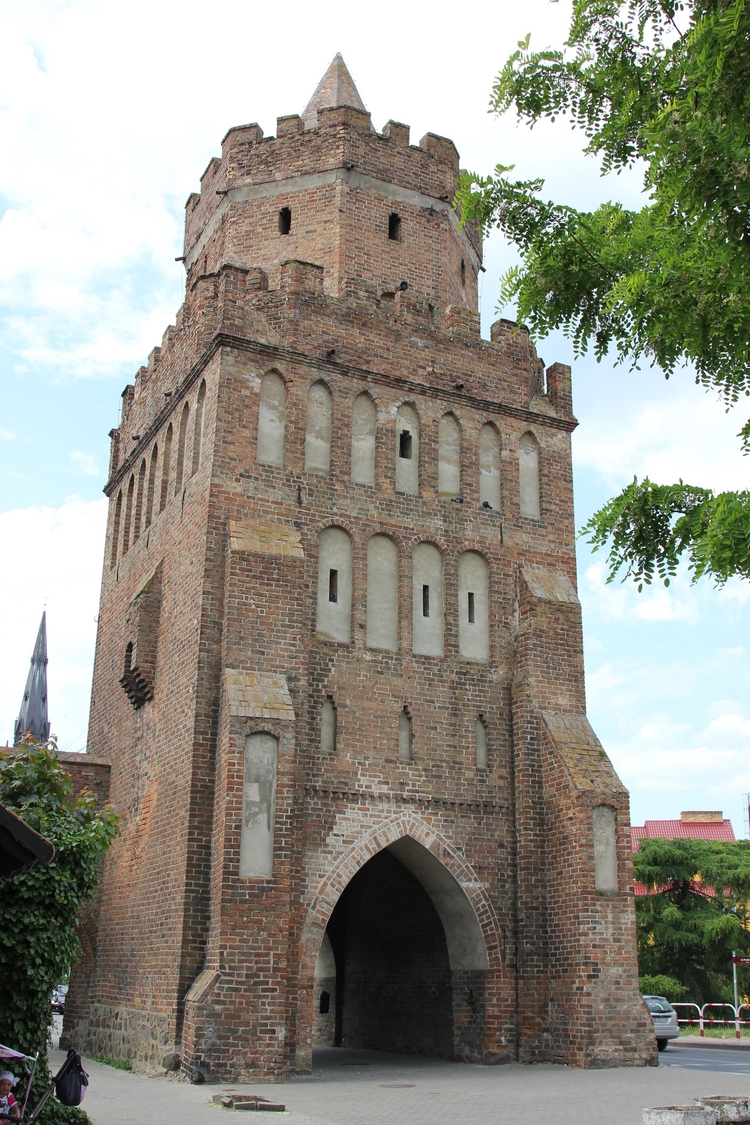 Chojna is located about 70 km from Szczecin. It is best to go along national road no. 31, heading south.

Chojna was surrounded with defensive walls at the turn of the 14th and the 15th century. The mediaeval walls were complemented with three gates, several towers and lookout posts. In spite of massive war destruction in Chojna, the fortifications of the old town were almost intact.

Two gates have survived up to the present day. The first is known as Brama Barnkowska [the Barnkowo Gate], whose name derives from the village of Barnkowo (presently, a district of Chojna). The gate was built in the 14th-15th centuries, on a quadrangular plan; the upper part of the gate is octagonal, and the building is topped with a pointed cupola. The gate has a crenellated defensive wall and an open viewing deck.

The second gate that has survived to our times is Brama Świecka [the Świecie Gate] (from the name of the town of Świecie/Schwedt) erected in the 15th century. Brama Świecka is regarded as one of the most beautiful Gothic-style defensive gates in Poland. Likewise the first gate, this one was also build on a quadrangular plan (its base is square-shaped); it is decorated with three rows of blind windows and a decorative frieze. There is also a crenellated defensive gallery located by the gate. At the top of the gate, there is an octagonal tower with four turrets. Both gates are made of brick on a field stone foundation.

The Chojna’s fortifications also included towers – three of them have survived up to this day – Baszta Piekarska [the Baker’s Tower], Baszta Więzienna [the Prison Tower], and Baszta Bociania [the Stork Tower]. Baszta Więzienna – also known as Wieża Prochowa [the Gunpowder Tower] – is located in the northern part of the walls. It was erected on a square-shaped plan. From the outside, the building is semicircular, topped with a conical cupola. Baszta Bociania is situated near the Augustinian monastery. It was built on a quadrangular plan and has a pitched roof. Also a quadrangle is the base of a plan on which Baszta Piekarska was built. By the tower, there is a well-preserved lookout post. Both buildings have pitched roofs.

How important and huge the fortifications of Chojna were tells us the fact that the town repulsed all attacks until the Thirty Years’ War (1618-1648). In the 19th century, a part of the walls, including one of the gates, was pulled down. Removing the fortifications was motivated by the town’s spatial development. Also, the initial role of the mediaeval fortifications changed.

The mediaeval defensive walls surround almost the entire area of the old town of Chojna, which was entered into the register of historic monuments as a whole. The monuments in Chojna are located along the European Route of Brick Gothic. Since 2009, there has been in Chojna the Terra Incognita Association, whose aim is to promote the history and culture of the region of Chojna and its vicinity.

More info: www.chojna.pl
More on the topic:
Geolocation
Search nearby
The Defensive Walls
COMMENTS
Sign in to leave a comment.