SZCZECIN AZS Yacht Club
This is one of the few clubs in the harbour area and it has been in operation for almost seventy years. If you can sense the atmosphere of the old...
25-03-2015 ·
The Town Fortifications
Moryń
Home / Discover / Pomorze heritage / Fortifications and military structures / Town walls 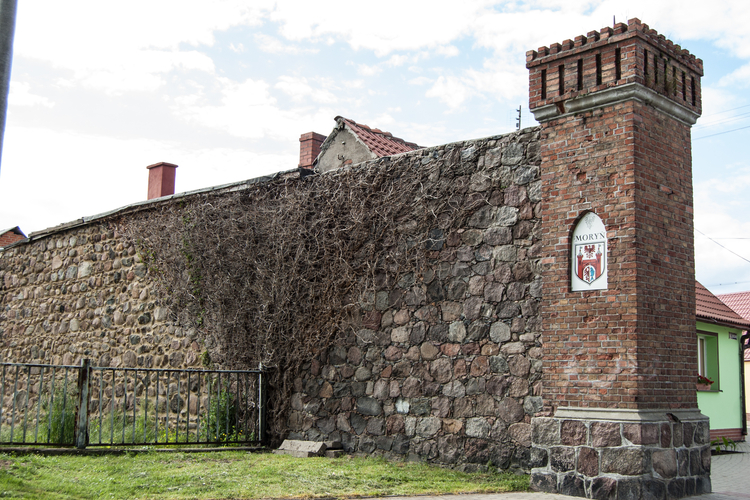 Moryń is located approximately 80 km from the centre of Szczecin. In order to reach it from the capital of the West Pomerania Province, one has to drive national road no. 31, and, past Chojna, turn in regional road no 124. It is about 15 km southwest of Chojna. On the junction of regional roads no. 124 and 125, we turn left, 700 metres further we take a right turn in Rynkowa Street.

A fortified settlement that gave rise to Moryń was founded in the 10th century on the western shore of Lake Morzycko. Moryń was granted a town charter prior to 1306. More or less at the same time the town fortifications were built. In 1320, Moryń was included into the towns of Neumark. In the 15th century, the town was ruled by the Teutonic Knights. During their rule, in 1433, Moryń was destroyed by the Hussites. Somewhat later, in the 18th century, the town was destroyed by fire thrice. During Hitler’s rule a so-called Szkoła Ojczyźniana [Fatherland School] was established. This was a centre of Germanization of Polish children.

The defensive walls of the town were erected in the first half of the 14th century. The fortifications were built of field stone and brick at a height of 6.5 metres (today they are 4.5 meters high). The circle of town walls surrounding the town has a diameter of 300 metres. Originally, the fortifications included twenty eight quadrangular watchtowers, lookout posts, and an entrance gate with a tower. To our times, a full line of walls has been preserved- however, without the gate and watchtowers. What have survived are the lookout posts and a lake gate from the lake’s side, which enabled inhabitants to carry water to the town in case of any fire. The town walls was surrounded by an embankment and moated. These means of security were removed not earlier than in 1811.

Moryń, located out of important communication routes, did not suffer any considerable damage during military operations (only about 15% of buildings were affected). The town fortifications have survived to the present times virtually intact. It is one of few towns where mediaeval fortifications have been nearly completely preserved. Thanks to this, they are one of the most precious relics of military architecture.

In 1956, the area of the old town in Moryń was entered into the provincial register of historic monuments (the Moryń’s old town has preserved the mediaeval nature and arrangement of streets); less than 20 years later, in 1974, the town fortifications were also entered into the register.