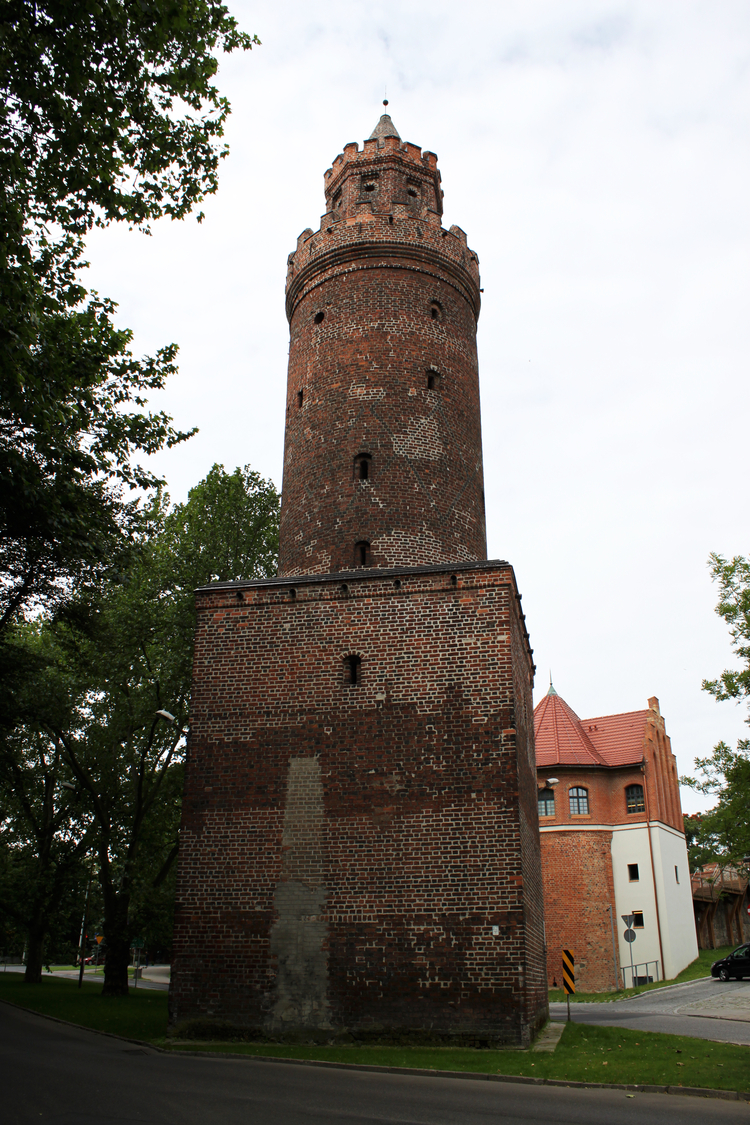 It is one of the biggest fortified towers in Poland. It was built in the 15th century. This eight-storey, masonry construction is 31 meters high. Its top part is cylindrical but based on a square foundation. It has two upper parapets with crenels (rectangular gaps in the battlements). The gable is covered with a brick cone, and the façade is ornamented with glazed brick elements.

There used to be a dungeon on the bottom floor of the tower, and the upper rooms served defensive and observation purposes.

The name - Baszta Tkaczy [Weavers Tower], derives from the fact that the weavers’ guild in Stargard looked after the tower. It was also called Baszta Lodowa [Ice Tower] because it was used as an ice warehouse.

These days, sightseeing tours of the tower’s interiors are not possible, due to their poor technical condition.