The permanent exhibition of white-tailed sea eagles
The white-tailed sea eagle is a symbol of the Wolin National Park. It is also known as sea eagle or erne. A couple of sea eagles can be found in th...
28-04-2015 ·
Brama Pyrzycka [Pyrzycka Gate]
Stargard Szczeciński
Home / Discover / Pomorze heritage / Fortifications and military structures / Town walls 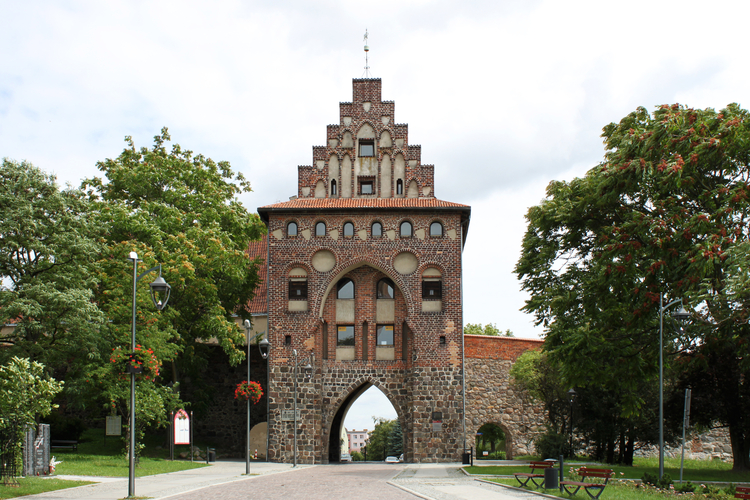 The Pyrzycka Gate was used mainly as a fortified entrance-way to the town. It is the biggest gate which led to the old part of Stargard. From both sides it ended with stone, defence wall. It was created between the 12th century (the stone base) and the 15th century (brick storeys). The gate was built on the plan of an 11 x 11-m square. Its two gables were joined with a pitched roof. The gate has a pointed-arch passageway equipped with metal portcullis. On the third floor, there used to be a parapet wall with embrasures. They were also present in the façade, which was divided by round or pointed-arch, blind windows.

After the war, the gate housed the town museum, and later, the facility was handed over to the  PTTK’s branch [Polish Tourist and Sightseeing Society]. Nowadays, it is used as an office of the Chamber of Commerce in Stargard. Sightseeing tours are possible during the working hours of the office after an earlier, telephone appointment.