The permanent exhibition of white-tailed sea eagles
The white-tailed sea eagle is a symbol of the Wolin National Park. It is also known as sea eagle or erne. A couple of sea eagles can be found in th...
28-04-2015 ·
Baszta Morze Czerwone [The Red Sea Fortified Tower]
Stargard Szczeciński
Home / Discover / Pomorze heritage / Fortifications and military structures / Town walls 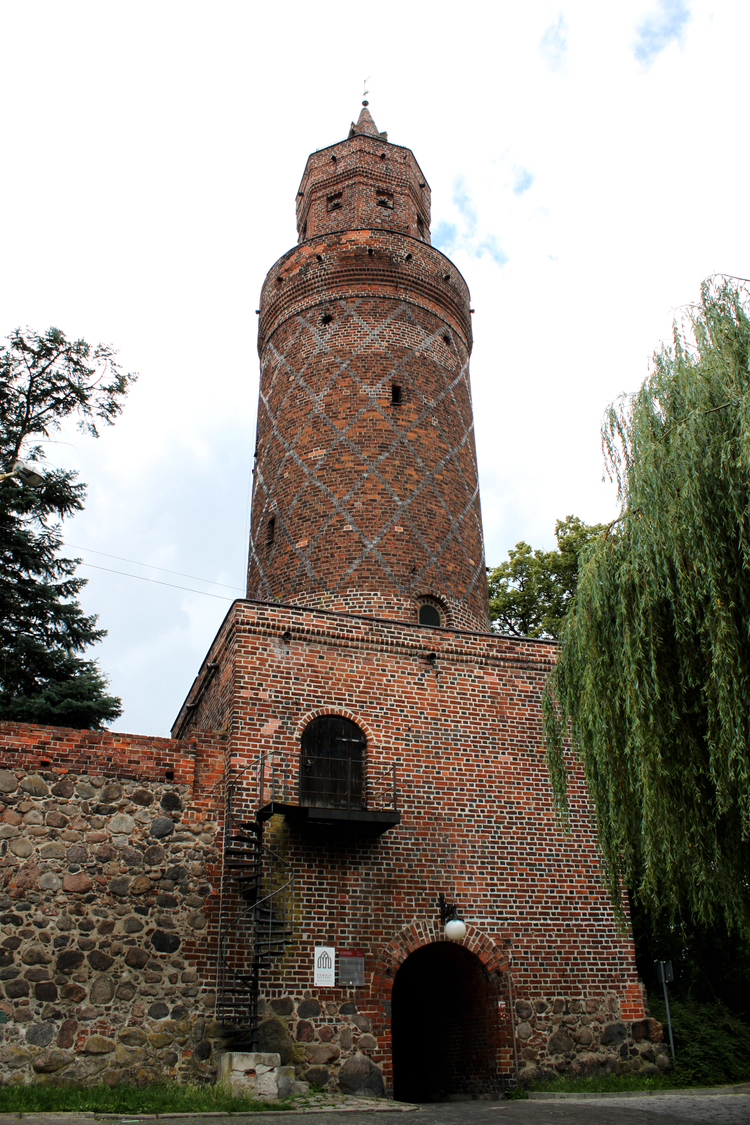 The Red Sea Fortified Tower is located in Park Chrobrego near Warowna Street, at the junction with Łokietka Street.

Baszta Morze Czerwone is the tallest fortified tower in Poland. It was erected at the turn of the 15th and the 16th centuries. It has eight storeys which go up to 34 m. The bottom cylindrical part of the construction is designed on the plan of an 8 x 9-m rectangle. It has rhombus ornaments made of ceramic brick. The top part of the tower is polygon-shaped. The gable is covered with a brick, pyramid spire roof. There are multiple embrasures in the tower. In its base, there used to be a dungeon.

The name of the tower refers to the events during the Thirty Years’ War. According to the legend, the building was flooded with the sea of blood. But it is more probable that the name derives from the colour of coppery-red wetland at the foot of the tower.

These days, sightseeing tours of the tower’s interiors are not possible, due to their poor technical condition.

More on the topic:
Geolocation
Search nearby
Baszta Morze Czerwone [The Red Sea Fortified Tower]
COMMENTS
Sign in to leave a comment.