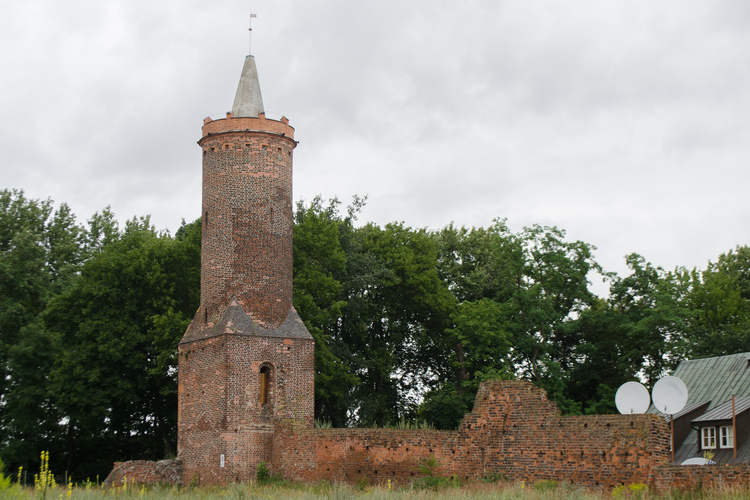 This tower is situated in the south-eastern part of  Park Zamkowy [the Castle Park]. Visitors can get there through Kasztelańska Street. Near Chrobrego Street, there is a bus stop.

The 15-th-century Białogłówka Tower is a six-storey construction, which is 30 meters high. Its simple form is based on a plan of a square. Its central spherical part is equipped with multiple embrasures. The tower could be entered from the defence wall, and the only possible way to move between the floors was to climb ladders. The top part had crenels which were later disassembled. The tower is covered with hexagon, conical roof. In the lowest floors there used to be dungeons.

The name of the tower comes from the colour of the conical roof, and according to the legend it derived from the defenders of the tower – “białogłowy” (women), who protected the tower during the war.

The tower’s interiors are closed for visitors.

More on the topic:
Geolocation
Search nearby
Baszta Białogłówka [Białogłówka Tower]
COMMENTS
Sign in to leave a comment.