Eureka Exhibition
Eureka is an interactive exhibition during which technical and physical experiments can be performed. There are approx. 80 different exhibits from...
25-04-2015 ·
Monument of Poland’s Wedding to the Sea
Kołobrzeg
Home / Discover / Pomorze heritage / Historic Monuments 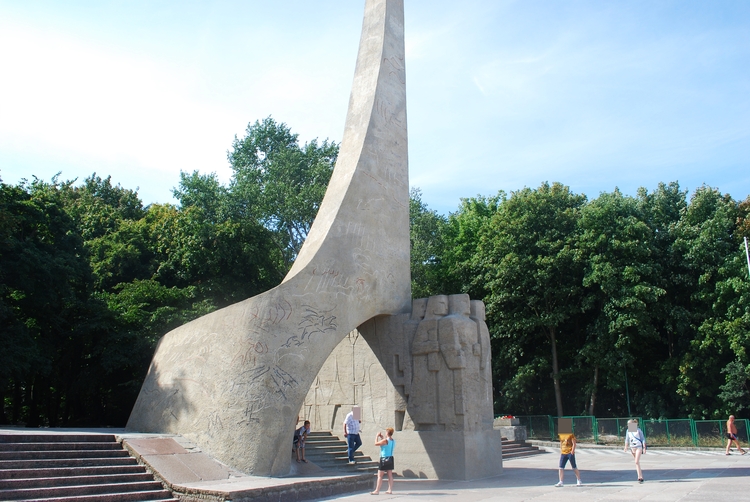 The Monument is located by the sea, half way between the lighthouse and the pier. The place can be reached only on foot because behind the monument there is a park, and in front of it there is a promenade – visitors need to go along the alleys from Obrońców Westerplatte [Defenders of Westerplatte] Street or along Jana Szymańskiego Boulevard. It is also possible to get there from the beach.

This modernist monument, created by Viktor Tołkin, has been the symbol of the city since November 1963, when it was unveiled in the uplifted atmosphere of the state celebrations. It is often portrayed on postcards. While walking in the harbour between the lighthouse and the pier, it is impossible to miss it. The monument commemorates military and political success of Polish soldiers, who on 18 March 1945, after ten days of street fights - the bloodiest event of this kind in the history of the Polish Army during the WWII - forced Germans from the city and reached the Baltic Sea. A symbolic “wedding to the Sea” took place. The concrete form portrays standard-bearers and a flag hanging down towards the sea. Under the flag, there is a gap which symbolises the regained access to the sea – a symbolic gateway, here the stairs were placed. Terracotta mosaic shows scenes from the battle. At the base of the pedestal there are granite plates with engraved names of the military units which fought in the battle of Kołobrzeg. The monument was in a really poor condition because of the influence of the sea breeze and the poor quality of materials of which it was made. Therefore, in 2014, it underwent a complete renovation. The renovation works were supervised by son of Andrzej Tołkin (the artist died the previous year).

: The Lighthouse
Search nearby
Monument of Poland’s Wedding to the Sea
COMMENTS
Sign in to leave a comment.