ŚWINOUJŚCIE ‘Basen Północny’ – The North Dock
This is the largest marina in Western Pomerania. It is a good shelter for those returning from the sea, and the harbour point for those who choose...
20-05-2015 ·
The Dutch Windmill
Home / Discover / Pomorze heritage / Technology and engineering monuments 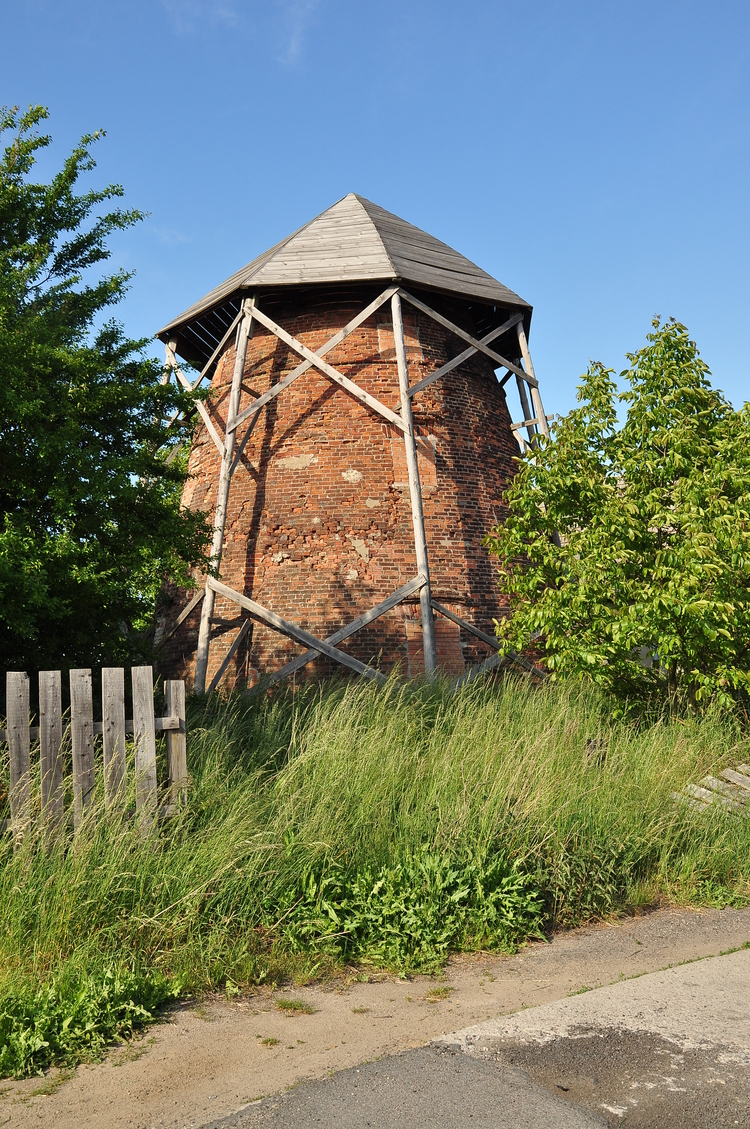 The windmill is located on Szkolna Street, on the southern outskirts of Myślibórz. The exit from national road no. 23 (running further towards Dębno) by an elementary school, then following an arrow showing the way to a swimming pool. The building of a former windmill towers on the right side of the road, upon a hill.

The Dutch windmill comes from the mid-19th century. Due to the condition of the building, it is not open to visitors. This type of wind-propelled mills was less popular in this area than so-called “koźlaki” [post mills] – wooden windmills mounted entirely on a revolving post, so that the whole structure turned around in the direction of the wind. According to the pictures from the beginning of the 20th century, also such a windmill used to be located on the hill, more or less where the swimming pool is situated at present. A Dutch windmill, also known as a tower windmill differed from the previous in that the whole body of the building was immobile (which, like in this case, enabled the windmill to be built of stone or brick). The only revolving element was its head that has a characteristic appearance of an upside down boat with propellers. Unfortunately, this most interesting part of the windmill has been destroyed after the Second World War. Until 2010, what were only visible were the remnants of the head’s structure and a belt of wooden planks that bordered the top of the walls on which the bearing of the head used to move. Nowadays, the entire windmill is covered with a wooden structure whose aim is to prevent the building from further devastation. The window openings showing that the building used to have three floors have been bricked up.

More info: nie dotyczy
More on the topic:
Geolocation
Search nearby
The Dutch Windmill
COMMENTS
Sign in to leave a comment.