ŚWINOUJŚCIE ‘Basen Północny’ – The North Dock
This is the largest marina in Western Pomerania. It is a good shelter for those returning from the sea, and the harbour point for those who choose...
20-05-2015 ·
Młyn Papiernia [The Paper Mill]
Home / Discover / Pomorze heritage / Technology and engineering monuments 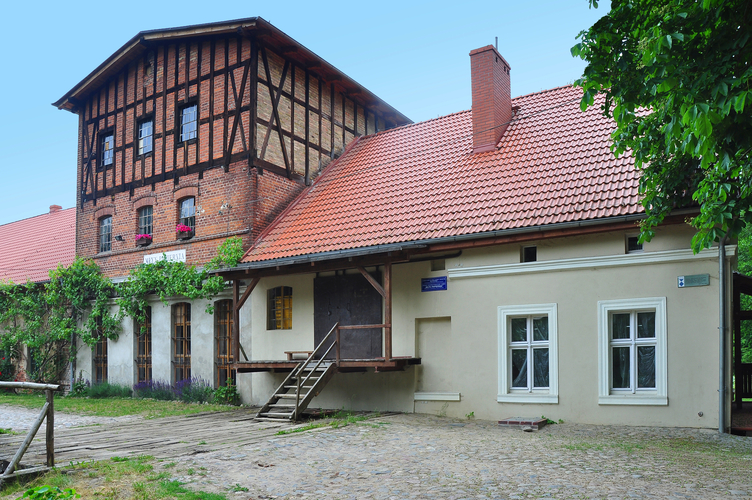 Młyn Papiernia is picturesquely located on the Płonia River, 2 kilometres from the centre of Barlinek, going along Św. Bonifacego Street from a coach station towards the village of Żydowo.

This imposing building coming from the 18th century was initially a seat of a manufacture producing paper. Its construction was started in 1733, by Eliasz Meissner, who came from Berlin. The manufacture was operating for 94 years as propriety of the Meissner family and was famous of excellent quality of its products. The next owner, a manufacturer named Getschmann, modernized the plant and introduced machine production. Despite this, the paper mill failed to match the competition and, after changing its owners several times, it was closed in 1867.

Two years later, it was converted into a gristmill, which operated until the end of the Second World War. When the military operations had been over, the building was in danger of being devastated and looted, which was prevented by Stefan Czapniewski, a former forced labourer, who were staying there. It was he who became the first Polish miller.

After it was closed in 1972, the mill was gradually falling into disrepair and even was intended to be pulled down, but in the 1980s it has been renovated. Both its historic meaning and architectural values were appreciated. Currently, the mill houses a museum whose exhibitions reconstruct the equipment of a 19th-century mill in its natural surroundings. The building is also a seat of the Association for the Preservation of the Paper Mill. The Scientific and Educational Centre is also going to be located in the building.

More info: www.mlynpapiernia.org.pl
More on the topic:
Geolocation
Search nearby
Młyn Papiernia [The Paper Mill]
COMMENTS
Sign in to leave a comment.