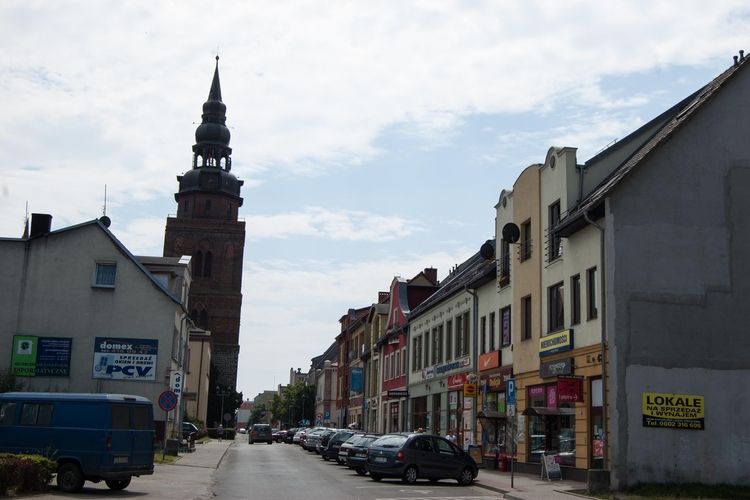 You can get to Gryfino from Szczecin by trains, suburban buses, or privately by choosing the national road no. 31. The railway station is approx. 450 m from the town centre.

Only a few fragments and the Bańska Gate remained from the line of fortifications. The fragment of the walls in the south-eastern part of the town (approx. 70 metres) is looks best.

The Old Town of Gryfino has retained its medieval street layout with a market in the centre. At the main square, You can find the Romanesque church of the Nativity of the Blessed Virgin Mary, which was built between 1254 - 1278 and rebuilt in the Gothic style at the turn of the fifteenth and sixteenth centuries. The church of the Nativity of the Blessed Virgin Mary is one of the largest ones in Western Pomerania. It was built on a Greek cross plan. The top is adorned with a neo-baroque tower with a cupola and lantern. Inside the building, You can find the stellar vault and a Renaissance pulpit dating from 1605. The most valuable element of the church is the 1580 altar by David Redtel. Today, a part of the altar (the altarpiece) is in the National Museum in Szczecin, a predella depicting the Last Supper has still remained in the church. The present neo-Gothic altar dates from the nineteenth century. The organ, which can be found in the church, is the work of a famous manufacturer from Szczecin - Barnim Grüneberg.

At the intersection of contemporary Pierwszego Maja Street and Sprzymierzonych Street, there is a historic post office building from 1883. The location of the post office is not accidental and is connected with the launch of a Kostrzyn-Szczecin railway connection in 1877.

Unfortunately, Gryfino suffered a lot during the fighting in 1945. Most of the historic buildings were destroyed. The Old Town of Gryfino was inscribed on the list of monuments in October 1955.