The Drawa River
The Drawa River is the right-bank tributary of the Noteć River. The total length of the river is 185.9 km a...
10-08-2015 ·
The Old town
Home / Discover / Pomorze heritage / Zabytkowa zabudowa 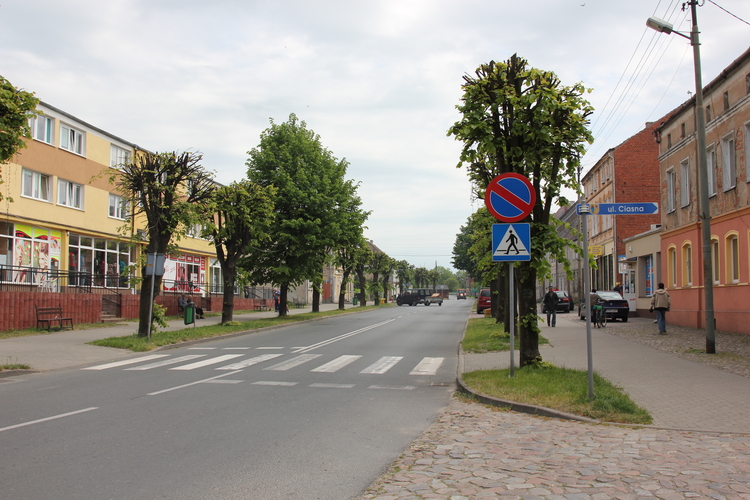 Banie is situated 58 km south of Szczecin and 22 km from Gryfino. In order to get there we need to drive national road no. 31 towards Gryfino and then turn into province road no. 122. The village is situated 19 km from the turn.

The first references about Banie suggest that the beginning of the village reaches back to the 11th century. Banie functioned as a castellan castle. They were granted municipal rights in 1230 and four years later the town was granted to the Knights Templar by Barnim I.

At the beginning of the 13th century in Banie a church was built, and then in the first half of the 14th century they started to build defensive walls. In the line of the walls there used to be 20 towers and two gates. However the fortifications were destroyed in 1478 and nearly 300 years later in 1766 complete demolition of the remaining fortifications was ordered. The only remaining part in the former line of the wall is Baszta Prochowa.

In 1312 the town was taken by the Order of Saint John. In the 15th century Banie was destroyed by the Brandenburgians. In 1648 Banie was taken by the Swedes and 30 years later it came back to Brandenburg. In 1945 Banie was attached to Poland and then the town lost its municipal rights. It was highly related to damages caused during the 2nd World War.

Even though today Banie is quite a large village (approx. 2 thousand residents), there are some signs of urbanity. We can find a layout of streets typical for Medieval towns with a triangular market square in the centre. There is also a 300-year-old oak “Jagiełło” with its circumference of 400 cm.

The most valuable monuments of Banie include the 13th century Romanesque church of Our Lady Help of Christians which was built of granite blocks. One of the most interesting and valuable elements of the church is its Baroque side altar from the 18th century, the pulpit and the neo-Gothic organs. Near the church there is also an interesting modern building – a former municipal theatre (currently a bank). A monument worth paying attention to is a 19th-century post office building. In the old town in Banie there are 18th-century beam and brick buildings.

Today Banie is mostly known for the legend about the unlucky last mystery of the Lord which took place in 1498 in the Chapel of St. George situated outside the old part of town. During the performance four actors were killed, and since then it is forbidden to perform the mystery of the Passion in Banie.

More on the topic:
Geolocation
Search nearby
The Old town
COMMENTS
Sign in to leave a comment.